Changes Made in Windows 10 Insider Preview Build 14332 – The Microsoft personals have arrived with an additional build for the mobile including desktop users, 14332 and also commenced Bug Bash with Windows Insiders and in this build, there is a substantial number of bug fixes, innovations, and a couple of fresh fascinating features also.

Here, Windows Insiders will set quests in order to help the Microsoft team to abolish issues and repair the defects in the operating system in the arrangement for the Anniversary Update that is to be out in coming July. In the coming days, the new quests will be observable in the Feedback Hub where the various areas will be highlighted and it will not have only traditional quests but you will also find that many of them are open-ended which will eventually help the team to identify bugs and their causes along with solutions.

Two new quests are introduced by the team – the first one is labeled as limited time quests and the other one is Advanced quests.

Limited time quests – The quests that will exhibit this label will lapse within 24 hours after publishing.

Advanced quests – These are little technical in nature and require special attention to workout.

Improvements in Bash and Command Prompt

With Bash, the team said that if the users had confronted networking troubles that prevent tools from retrieving the internet, then it is fixed now.

For Command Prompt, multiple advancements have been initiated which includes windows scalings on computers with “High-DPI displays“; other enhancements are the selection of fonts, refined background color painting, and much more such related things.

If you prefer to fetch any of the contents or particulars of your “Office 365” account on your desktop, then the digital assistant is all set to provide you the result. In this build, another new combination emerged between “Office 365” and “Cortana” where the users can trace out all their Office 365 related stuff at one place implementing the added filters of Cortana.

The team has integrated the “Battery Saver” technology which in result will minimize the least needed activities that happen during the phase of “Connected Standby” and you can also keep your machine active. 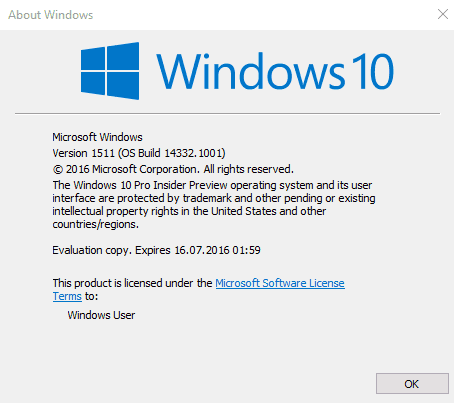