The cumulative update KB4464455 for Windows 10 v1809 Build 17763.107 is rolled out by Microsoft. This patch contains a decent range or workarounds to the common problems. November 13, 2018 path fixes the common issues of the Camera app, Internet Explorer, network connections and so on.

You can download KB4464455 Windows 10 1809 Build 17763.107 manually directly from Microsoft Update Catalog. As an alternative, you can also grab the same through Windows Update. 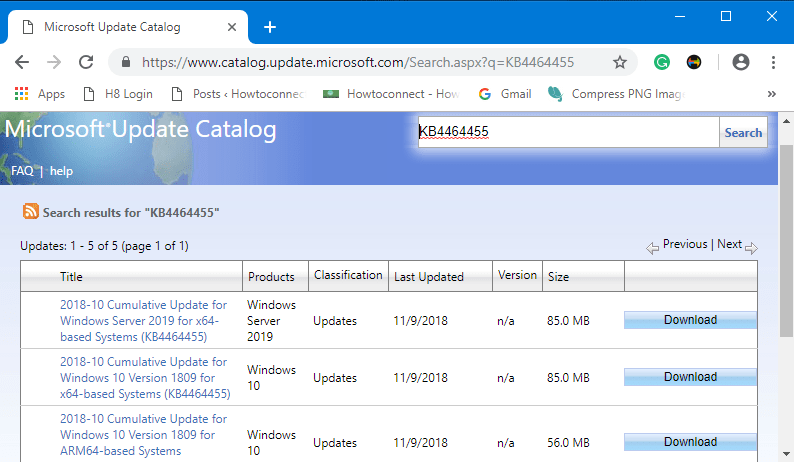 For your OS, Microsoft strongly suggests you install the latest “servicing stack update” (in short SSU). This is important to do before you install the “latest cumulative update” (or LCU). Basically, SSUs enhance the reliability of the update process which eventually mitigates potential problems while you install the LCU.

However, if you are using Windows Update, then the latest SSU KB4465477 will be offered to you all by itself. But you can also grab the stand-alone package for this SSU, you should visit Microsoft Update Catalog.

To download as well as install this patch, first, you need to open Windows Settings app and to do so hit “Win + I” shortcut keys.

On the following page, click Check for updates button on the right pane.