Age of Empires III is a strategic Game commonly known as AOE III. Its previous versions are AOE II and AOE I. Its latest version is 3D AOE II. Age of Empires III gives you a chance to test your own capability of making Strategy and performing them in the proper sequence. Here, in this article, I am going to tell you about those facts about AOE III which you might not have heard of. Knowing these facts you may play Age of Empire 3 in more Enthusiastic way This game comes in three parts.

Here, we are going to learn about playing games in AOE III against the Hard or Expert Level. There are different dynasties as explained earlier. Basic things stay the same . However, it depends on which dynasty you have chosen and which one is against you. A screenshot of this is shown below: 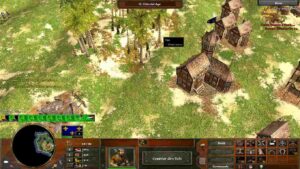 How to install Age of Empire III and do proper settings

Install this game on your PC and check out all the boxes in the options menu of this game except friend and foe color. However, you can select that too if you wish to distinguish only between two colors. The settings related to video or audio can be easily set by you as per your wish. 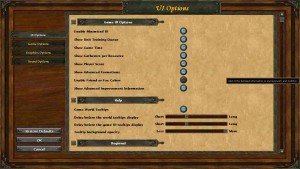 Click on the box as shown in the above screenshot. You can see that a single box is not checked. This has been done so that if you are playing with multiple users, you will see different colors of your friends as well as your opponents. Once, you have done this, save this and go ahead to play a game. On its main screen, you can see option of single player and Multiple Players. Select the single player. You will be asked to select a dynasty. There are many dynasty like French, Russian, England, Ottoman, Portuguese, Dutch, German etc. Each dynasty has its own advantage as well as disadvantage. A brief on different dynasty has been procured below:

Here, I am going to tell you about how to play after choosing the dynasty French. You can choose your own dynasty, however, the strategy remains the same in each dynasty. I will keep things much simpler so that even you choose another dynasty and you can play it better.

This is a strategy game and so you have to be well prepared for a challenging game. This game basically operates in three important stages. They are collecting resources, Ageing up and finally defeating your opponent in the battle field and then seizing his empire. This is the basic things which you have to do after reaching the next age. The Game basically runs in 5 Ages.