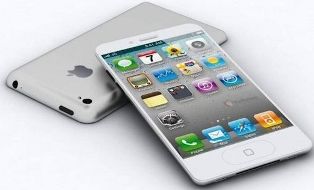 Barely six months after launching iPhone 5, Apple is coming once again with next flagship smartphone iPhone 6. Currently, iPhone 6 is in under development state and it is expected that iPhone 6 will available only from first quarter of 2013. The developers are testing compatibility of some the popular apps with iPhone 6 smartphone. There is no proper hint about applications likely have iPhone 6. It is only evident that iPhone 6 runs on iOS 7, latest version of Apple mobile operating system.

Similar hints about development of iPhone 6 device came in November 2012, when Chinese news site ‘Commercial Times’ claimed that iPhone trial production would be commenced as early as December 2012. At the trial run about 50 thousand to 1 lac iPhone 6 units have been manufactured. The mass production of iPhone 6 will be begun in first quarter of 2013.

The Commercial Times speculates that upcoming smartphone iPhone 6 will be available to use likely to March 2013. This is exact nice news to cherish from tech world.