Microsoft finally re-enabled the most awaiting feature in Windows 10 1903 which allows you to Backup Registry Automatically on Restart. With April 2018 update, the tech giant removed this feature from the operating system saying it mitigates the amount of storage on the drive. The OS started creating empty Regback folder and displays specific registry hive, but each file is 0-kilobytes in size. According to the company, they implemented this alteration to all SKUs of Windows 10 including Education and Enterprise.

Way to Backup Registry Automatically on Restart in Windows 10 1903

Step-2: In the void, type ‘regedit‘ and press Enter.

Step-3: A UAC will prompt asking for your permission to allow the changes in your device via this app. Click on Yes.

Step-4: In the left panel of the Registry Editor window, navigate to the following path –

Step-5: Now, in the right pane, do a right-click and select New and then DWORD (32 bit) Value option.

Step-6: Set it to name as EnablePeriodicBackup. 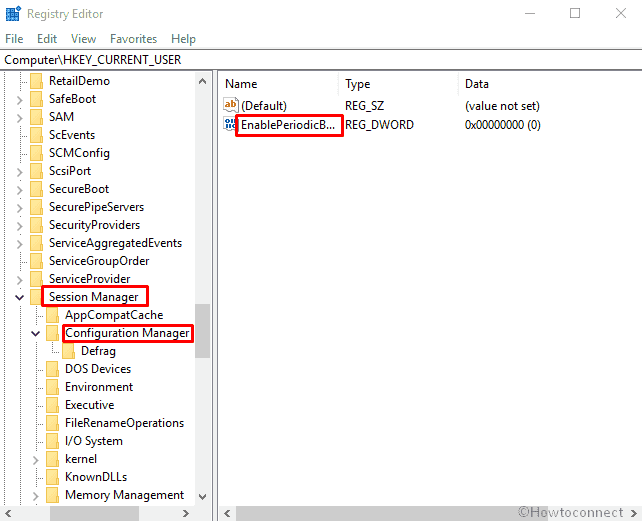 Step-7: Double click on the same to set the Value data to 1.

Step-8: Switch the Base to Decimal from Hexadecimal and then click on the OK button. 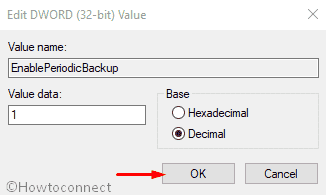 This will activate the RegIdleBackup in the task scheduler by which it will start to backs up the registry by itself. If you are looking for windows 10 registry backup location, go to – C: \ Windows \ System32 \ config \ RegBack.