The new version of Firefox i.e. Mozilla 21 has been launched recently. It is now available on its original website. Usually, it is believed that Mozilla runs a little slower. To compensate that i.e. to make it run faster and to make it more secure this version is made. It has added 3 different new settings to its feature like do not disturb and the Health Report which indicates the total working index of your browser. With the help of these new settings of its health report, you can check in advance whether the start-up time is affected by it or not.

Its new features are indicating below:

1. Feature of not Tracking

If you are willing to keep secrets about yourself on the internet you can use this feature of Mozilla. It helps you in keeping your preferences safe.

It helps you in keeping the health status on of the Firefox i.e. if any time Mozilla is slowing down; it will look after the health reports of Mozilla. It also looks for the Crash Reporter. 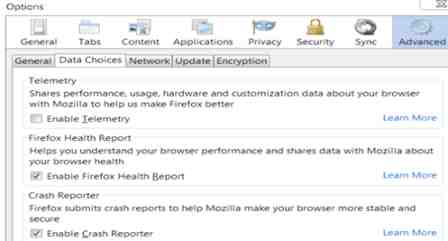 It has made the Mozilla equipped with certain features that enable it to look after when sometime it delays itself in opening its own browser. If still there is time taken by it, it would suggest the ways by which its speed can be fastened so that it starts normally.

It has also brought down something for the developers too and that i.e. Remote Profile feature. The remote desktop connection is normally found in the start menu.  With the incoming of this feature, developers find it easier to remotely profile devices running either Mobile Firefox or Firefox OS. To enable it to follow the steps.

Compromising these new and many more new features it can be said that Mozilla’s new version i.e. Mozilla 21 is a good choice of Mozilla. However it has made something to make developers happy, it has still to go very far in the implementation of API libraries, and support for two new HTML 5 elements.

If it is asked simply about it, I can say it is an excellent choice overall.