Today, Facebook is used largely and a top rated social site. Day by day New Facebook apps are being presented having new features. In this series some apps are to be used with smartphones too. Now a new tool is revealed named photo Sync. It has many new features to be used with iPhone and Android.

While photo Sync is enabled, it will automatically upload photos to photo album  on your Facebook profile. To access Photo Sync with Facebook, you will require to activate it from app settings.

How to enable Facebook Photo Sync to Android or iphone? 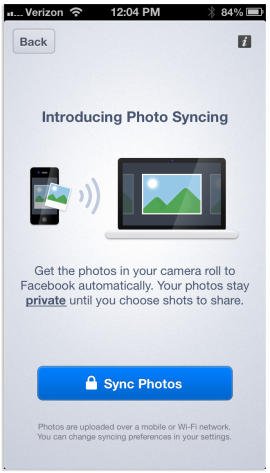 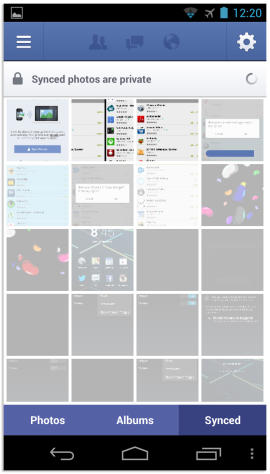 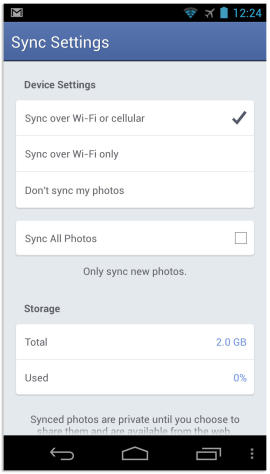