Problematic issue like circulation of Fake Indian Currency deeply touches mental state of Indian Economy think tank. Because it hurts growth rate of Economy and also starting chain of acceptance of fake currency. As you know well fake currency are circulated in majority of Indian Market. So, the responsibility of detention of these Fake Currency from existing market and preventing of circulation are uphill tasks for concerned authority. Ignorance to not identifying fake currency are main reason behind circulation of fake money. The menace could be sort out through awareness programme at various level.
However, department of Currency Management has been actively engaged to spread out the message to identify fake Indian Money. Right now, to curb situation like this RBI has come with an other awareness solution. It has introduced a website www.paisaboltahai.rbi.org.in with tagline of ‘Pehchano Paise Ki Boli, Kyunki Paisa Bolta hai’. In fact RBI has pointed all specific location on of each denomination note. After paying heed to instruction, which mentioned below, anybody will be able to detect fake Indian note.

Each genuine Indian currency has all these features. Therefore, pay heeds and avoid acceptance of fake currency. As a example we are presenting graphic of Rs. 1000 banknote with all specific location, whichever pointed out by RBI to curb fake currency issue: – 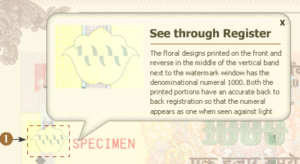 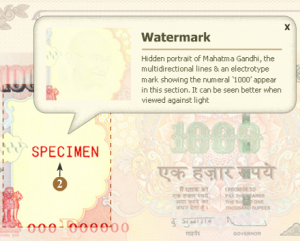 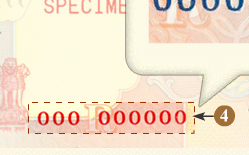 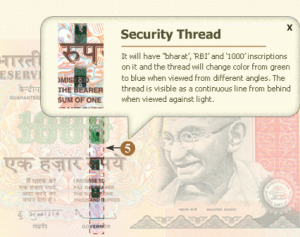 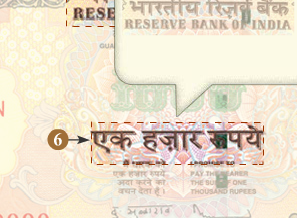 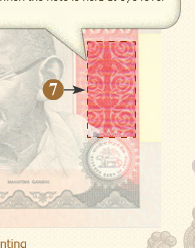 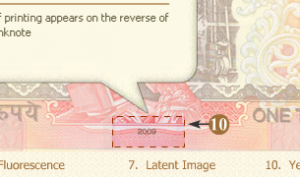 Through help of these noting points matter of eradication of fake currency could be completed.  Hoping you all will be benefited with suggestion like above mention.