KB4471331 hits to all the Windows 10 versions and predecessors including Windows Servers. From many days, certain vulnerabilities were affecting the performance of Adobe Flash Player in some devices. In order to counter them Microsoft yesterday launched a security update for Adobe Flash Player.

You will receive the patch automatically through Windows update moreover you are able to download  KB4471331 from Microsoft update catalog website. However, Microsoft has also provided some instructions with the December 5, 2018 patch. 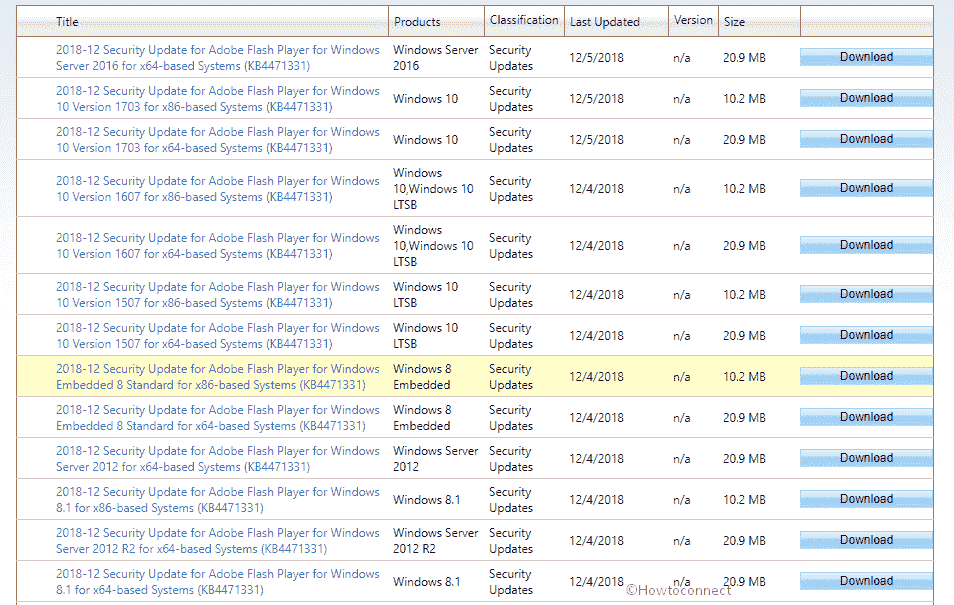 There are two ways to get KB4471331 security update for Adobe Flash Player for Windows 10. They are:

If you are running Windows 10, then you can get the patch via Windows Update. If you enabled this system you will automatically download and install. However, you should note the following two things:

1. For computers having Windows RT 8.1, the cumulative update KB4471331 is available only via Windows Update.

2. Windows 10 v1607 and Windows Server 2016 might not receive this patch for Adobe Flash Player automatically. You can manually get it by:

First, you need to visit the Microsoft Update Catalog website and then type 4471331 in the Search Box located on the top-right corner and hit Enter. A list containing details and links of this security update according to your Operating System will appear on your screen. You need to find the one appropriate for your PC and click on its download link. When downloaded, install it.