Windows 10 May 2019 version 1903 receives a cumulative update KB4497935. The patch brings a good collection of fixes and improvements to the build 18362.145. In this update, Microsoft mainly addresses the major issues like – Night light mode, Windows catalog file, event 7600, and more. Additionally, it comprises several quality enhancements to make Windows 10 more reliable whereas not a single known issue is found.

Users are able to download KB4497935 as MSI file format from Microsoft update catalog website. However, you can use the manual installation which is an easier and alternative option when you fail to get the patch automatically. According to the software giant, it would reliable to upgrade your machine to the latest versions of Windows 10 for having a better user experience. To check all the available cumulative update on a single platform – Windows 10 Cumulative Updates List. 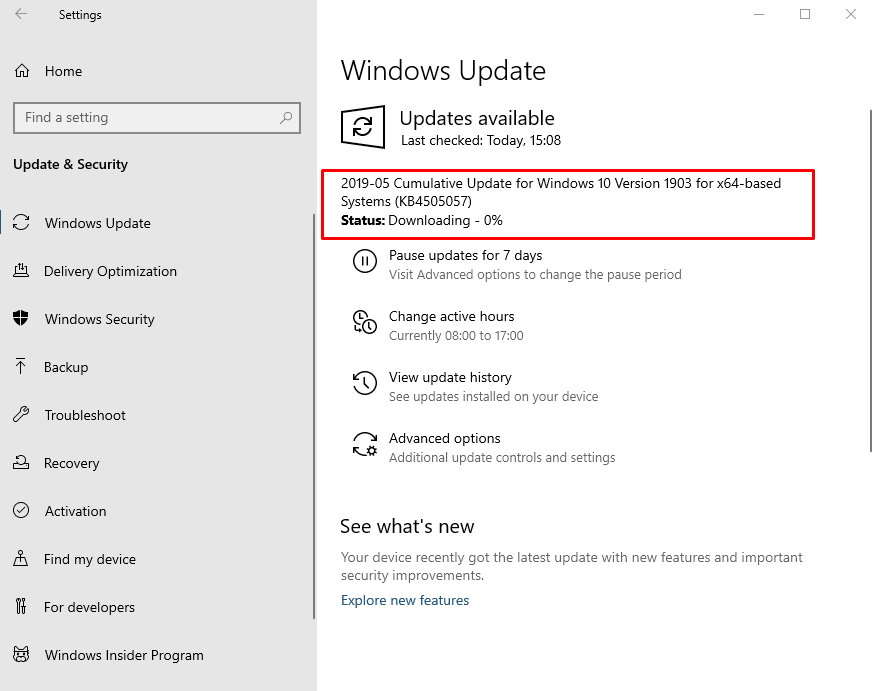