For the time being, the team is not aware of any problems with the release. However, the only way to get this update is to download the file through Microsoft Update Catalog and carry out the installation manually. 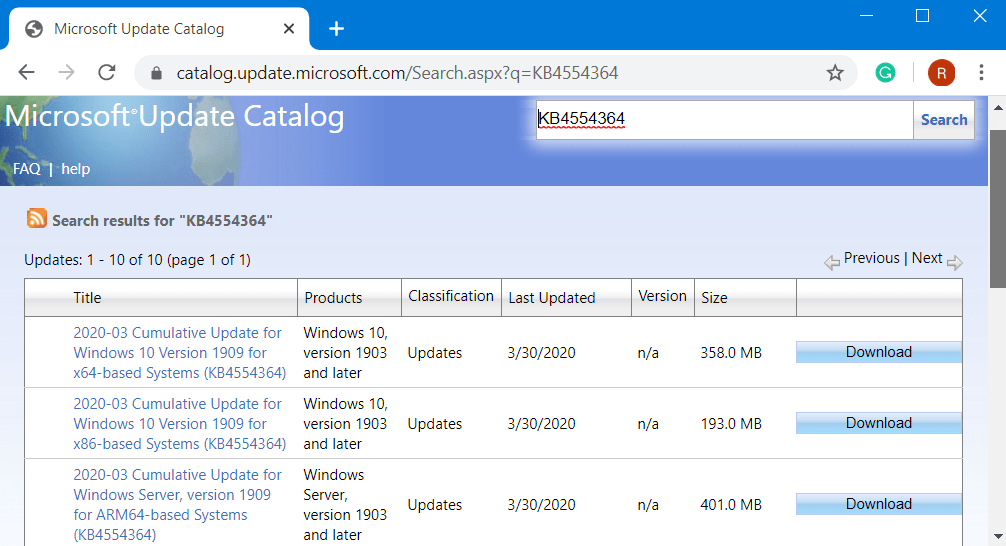 Here is the list of enhancements and fixes that KB4554364 carries –

This is a non-security update but definitely incorporates quality improvements. Key changes are as follows –

With this package, Microsoft is not yet aware of any complications.

Before making an attempt to grab this patch, ensure to install the latest servicing stack update (SSU). It is significant because SSUs mitigates the potential complications during the installation of LCUs. Furthermore, it also improves the reliability of the update procedure.

There is only one way to get this update – the standalone package by visiting Microsoft Update Catalog. Simply download the compatible architecture and install it manually.