Microsoft is a pioneer and well-known company in the world of computers. This is the company which has brought revolution in computer technology world. Microsoft is famous mainly for its computer software and its window operating system. But now in rapidly changing condition, the company has started to produce mobile phones and tablets for being in market.

Some days before Microsoft has launched a new and first tablet ‘Surface‘ in tablet market. Nowadays where there are a number of companies launching their tablets, it will be not easy to select the best tabs for yourself.

Here all the features and prices are being expressed. 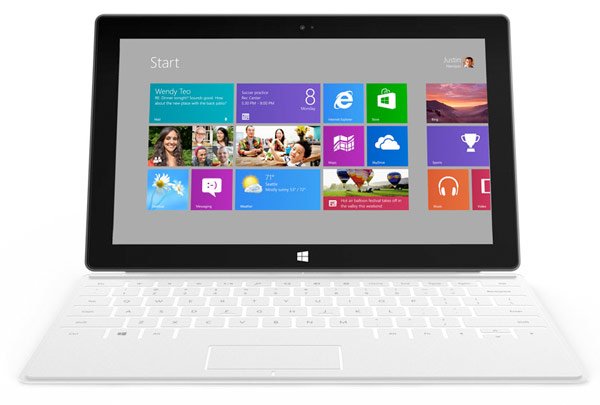 At first, I would like to say that the Microsoft new tablet “Surface” has been launched into two versions. One more important thing is that Microsoft has been released it’s all new Operating System and this OS is installed with this from the start. The first one is Surface RT and the second one is Surface PRO. Basic difference between these two tablets is that the first one Surface RT is based on an ARM chip another version of new Operating System and Surface PRO is based on Intel. 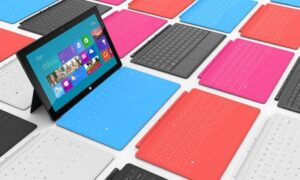 First about its screen and screen size: you will get HD display capabilities Gorilla Glass with resolution (1280*720) in Surface RT and Surface PRO has HD display capabilities Gorilla Glass too with resolution  1920*1080. Another good thing about both tablets is its 10.6 inch clear-type display with a 16:9 wide-screen. The screen is large and it will be nice experience to do anything on this large screen to the customer.

Both  Microsoft tablets have two cameras, one front and another is on back. The Microsoft named the front camera as Life cam. You can do video chat with the help of front camera and another back camera may be used for taking images and capturing video.

Microsoft is providing an external new type keyboard. After attaching this touch keyboard the tablet turn in a mini notebook.It will reduce the effort of user. You can easily type longer with this touch keyboard. It will give you an extremely good experience in typing. Its touch cover is very thin about 3 mm. It is attached to tablet with magnetic touch.

Microsoft is providing tablet with several memory options. It comes in 32GB, 64GB, and 128GB. You can choose it according to your need. But there is also an option to expand the memory.

About its price, it is estimated that it will be fall between Rs.25,000 to Rs. 40,000 in India.  Before launching tabs the CEO of Microsoft Surface announced that the tablet will be affordable but now it seems they couldn’t pull on their word.