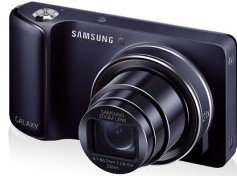 Samsung launched Android powered Galaxy Camera, called as EK-GC110. The particular Samsung venture ‘EK-GC110’ is loaded with Wi-Fi including with numerous features. Details about pricing EK-GC110 is about to come. But, it is expected that price should be lowered to earlier EK-GC100 model.