Windows 10 1903 version will no longer keep Cortana in Installation Environment. This means that during the initial set-up phase, users will no more be able to use the voice-over feature. The next build of Windows Insider (coming after 18309) will most possibly introduce this feature.

Microsoft introduced Cortana voice over for installation state with the Creators Update, i.e., Windows 10 build 1703. It was one of the important changes that the company had brought in the set-up process of Windows. This new feature gives consent to use Cortana voice commands for navigating through diverse settings during installation. However, Microsoft decided to discontinue the use of the digital assistant for the set-up process. The change is to be effective starting from the next major Windows 10 update in the queue that is, the 19H1 update. 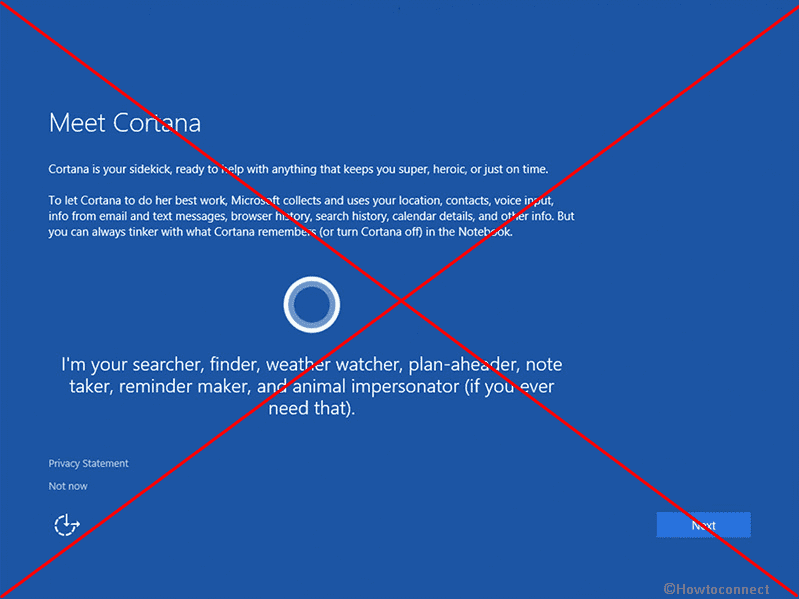 Windows 10 1903 will no longer keep Cortana in Installation Environment

There could be multiple reasons behind Microsoft muting Cortana in the installation environment. Despite that, the feature worked well as a support through the installation and set-up. One of the main reasons is that Cortana voice was becoming more of annoyance to the businesses even though it was relatively helpful for home users. There were many complaints about the same with the Enterprise and Education versions.

Now, you will start Cortana voice output with a normal shortcut, Win+Ctrl+Enter keys.

There is also a report that from Windows 10 1903 onward, Cortana and search might differ. Well, let’s see what more changes this big update brings. For now, Cortana usage during the set-up process discontinued getting you relaxation during the installation process. Multiple users who didn’t have the love for the built-in voice assistant could disable with some tweakings but during installation, this is not possible. However, How to Turn off Cortana in Windows 10 PC article would help you to minimize the annoyance on your system.