The Samsung has released a new flagship smartphone in April 2013. It is known as Samsung Galaxy S4 series and powered by Android 4.2.2 mobile operating system. The Samsung Galaxy S4 smartphone offers several modern features and default apps that make it one of the best Android smartphone. In this article, I am going to explain 10 of the top and best Features of the Galaxy S4 you must know: 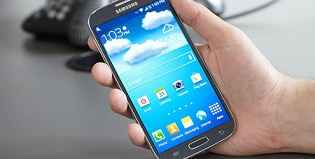 The Samsung Galaxy S4 has integrated Dual camera. Using the Galaxy S4’s Dual Camera mode feature, you can take high-resolution photos or capture videos with both modes. The rear-facing mode supports to 13 Mega Pixel camera, and the front-facing supports to 2 Mega Pixel webcam together.  With the dual-mode recording feature, you can record HD video simply on your several happy moments. Besides, the Galaxy S4 camera app adds a number of good-looking templates and stamps. It is used to change the look of the captured image in the awesome style.

Read for more: How to Use Dual Camera Mode for the Galaxy S4 in Easy Steps

The Samsung Galaxy S4 can perform role as a digital health counselor.  Now Samsung’s new S Health app checks healthy routines such as how much you have walked so far, how many calories you have taken today and others. The app measures your heart rate, views the external temperature and humidity using special sensors system and provides the instant solution.

Read for more: Set Samsung Health App on the Galaxy S4 to track your Excercise

On the touchscreen phone, you need to scroll down to surf your preferred web pages carefully. The Galaxy S4’s new features namely “Smart Scroll” lets you to move up and down the length of your preferred webpage very soon only after staring at the screen and tilting the phone back or forward.

Read for more: Samsung Galaxy S4 – How to Use Smart Scroll

The Galaxy S4 has revealed another same feature “Smart Pause”. When you look away from the running display, the Smart Pause option pauses it until you stare at it once more.

While you stream YouTube videos by moving your mouse cursor ahead in the browser, you get the floating thumbnails of upcoming scenes at the progress bar. Now the Galaxy S4 facilitates you to use the Air View functionality by putting your finger over the right part of the screen. With Air View feature, you can get bigger thumbnails of image gallery, view preview of upcoming playing video scenes or view the some sentences of an email in a pop-up window.  Besides, you can also view thumbnail of the opened browser tabs in your web browser by putting your finger only over the screen.

Read for more: Set Air View on Galaxy S4 to use Gesture Control

If you take a blurry picture of your kids or family during interesting moments then you want to change it for clear appearance. Now you will be thankful to Samsung’s new Eraser Shot feature. With this feature, you will be capable to erase unwanted objects from your photos simply.

If you have received an important email, SMS or instant messages in other foreign characters (Spanish or Chinese) then don’t worry, because, your Galaxy S4 has added Samsung’s S Translator app by default.  The app will convert emails, SMS messages and  instant chat messages from 9 different international languages to English immediately. Similar to Google Translate service, S Translator app also converts voice input. It allows you to use a tongue-tied conversation option where you hold the galaxy s4 up to your mouth, speak and then run the translation process for the other person.

If you are driving in the car with your Galaxy S4 phone and it rings.  What will you do? You have to use your right or left hand to slide the call answer button. By using the Samsung’s fresh Smart Call Accept feature, you can answer the incoming calls while you turn on the speakerphone with the gesture of a hand.

You meet with new business person at any occasion, take that person’s card. But you lose the card without enter their info in your contacts list. To fix such problems, the Galaxy S4’s Photo Reader app is helpful for you If you have not entered that information still.  To use Photo Reader app, start the app, grab a photo of new contacting business person and wait few seconds. Then the Galaxy S4 phone uses optical character recognition method to convert the words on the card and translate them into editable text using the Samsung’s S Translate feature.

Read for more: Set Built-in Watchon to use Galaxy S4 as a TV Remote

If you want to make animated image of captured camera photo then it is probable with the Galaxy S4.  A new Cinema Photo feature is helpful for making stylish and animated photo. To use it, just shoot a photo and highlight the areas of the photo that you like to make in the attractive appearance.