Nokia Lumia-920 based on high end Windows 8 phone is not only a winning model for Nokia, it has also got the features which are giving a tough competition to the entrenched iOS and Android phones which are producing a lot of smartphones these days. 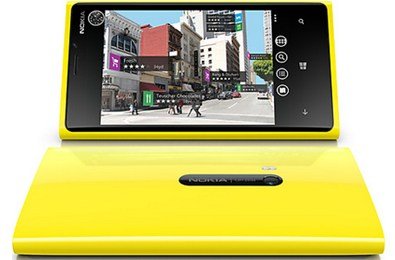 Nokia Lumia-920 has already taken the advantages of the new functions of the windows 8 apps with having the high-end and powerful Qualcomm chip set and HD display. However, the standard smartphone features like GPS support and a very decent camera make it easy to track and share every facet of your no-doubt hectic modern life. Some of its features which make it to override the others features are as follow:

1)   Its new speed It is based on having the fast access of web. Its 4G connectivity is really very fast and this is what we all want.

2)   The facility of BBC radio It is basically an app provided to its users. This facility given to its users lets its users to have the access of 10 BBC radio stations streaming including Radio 1, 1Xtra, Radio 2 etc.

3)   Facebook Beta It has improved the previous version of the Facebook according to the iOS and Android style of social networking site.

4)   Sky-drive The windows phone 8 services provided in this mobile let you in accessing those files which are previously shared by other services in the phone with the integrating features of uploading any video, photos and others stuff to Microsoft’s server to the sky.

5)   Google Maps Google maps also called g-maps is an app which is the combination of windows phone style and the Google data. As it is based on the Google  it gives us a close look of the street view photography, illustration of the difference in the surface layers, Weather etc.

6)   Its new Battery Installed with the new windows phone 8 set-up, it gives us a choice of using the battery usage condition according to yourself. According to your choice you can choose the option to make your battery more reliable and could run for a longer time.