Microsoft adorned Windows 10 based on the users’ need with the inclusion of a few top-notch features. One of them is the access to Install PowerShell Core on Windows 10 and that is probably taken the operating system beyond the age. If you have already updated your OS to the latest version, it has fully functional PowerShell version is 5.1 working in collaboration with .NET framework.

Microsoft developed the utility as an automation and configuration framework which functions in harmony with the existing tools in your system. This is a multi-platform tool for Windows operating system, Linux moreover MAC. It can deal with structured data like XML, JSON, CSV and a few similar ones. At the same time, can monitor object models, and REST APIs. The framework included in it processes command-line shell,  cmdlets, and other scripting supportive languages.

Step-1: Open any web browser and go to this page.

Important – Version 6.1.1 is the latest release of Microsoft PowerShell Core. However, edition 6.2.0-preview is also available on the same webpage but it is a pre-release version and not suggested until you are an insider or developer.

To install PowerShell Core on Windows 10 is even simpler. You just need to follow these steps –

When the installation completes, you can run PowerShell from the Start Menu. If you want to confirm its version, enter this command – Get-Host | Select-Object Version 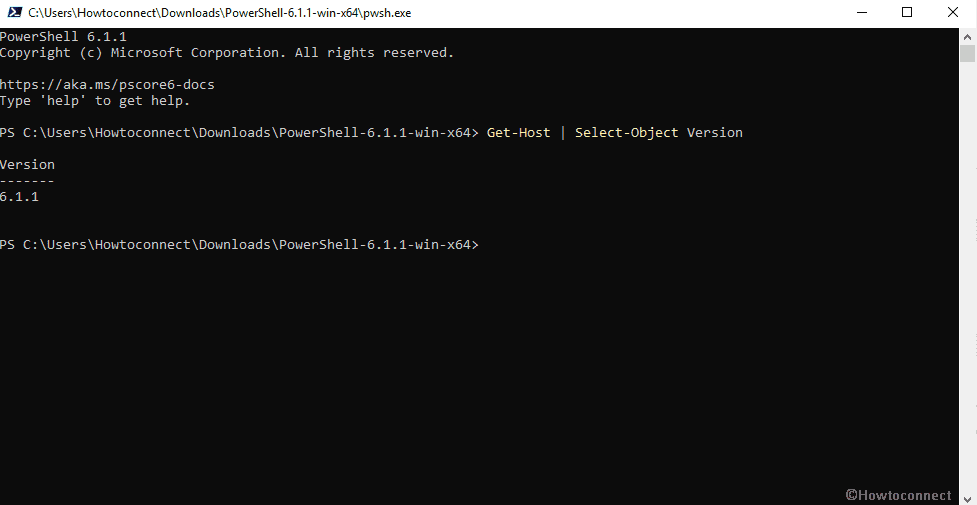