Microsoft rolls in KB4343909 for Windows 10 1803 Build 17134.228 This cumulative update includes quality improvements and a few important fixes. You can download KB4343909 MSU installer manually from update catalog or check for updates to receive it by now.

The cumulative update comes up with protection from  L1 Terminal Fault (L1TF), high CPU usage,  decreased battery life and several more. Here you will find every detail of the patch including download location link. 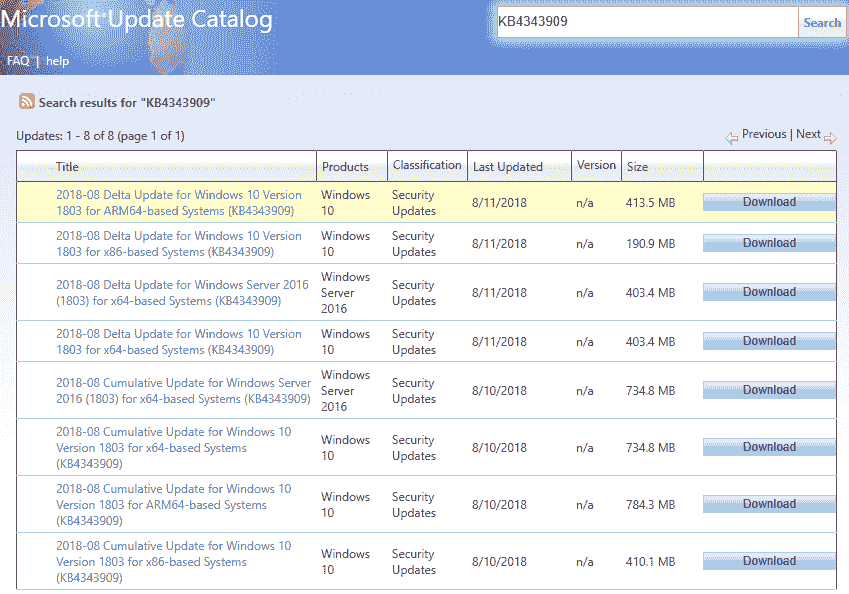 KB4343909 arrives with the solution of high CPU usage that ends up with performance degradation on some systems equipped with Family 15h and 16h AMD processors. The problem appears after receiving the June or July 2018 AMD microcode updates that work on Spectre Variant 2.

In KB4343909, Microsoft worked apps don’t get mesh updates after resuming. This problem takes place for applications that use Spatial Mapping mesh data moreover participate in the Sleep or Resume cycle.
Make sure that that Internet Explorer (IE) and Microsoft Edge browser support the preload=”none” tag.

Windows 10 team addresses the applications that are unable to run on HoloLens. For example, Remote Assistance, from authenticating after going to Windows 10 1803 from 1607.

Microsoft tried to fix decreased battery life to an extent after upgrading to Windows 10, version 1803.

They Address Export-Modulemember() function encountering a vulnerability while using a wildcard (*) and a dot-sourcing script. Once you receive this patch, extant modules on devices with the enabled status of Device Guard will intentionally fail. The error message is

This module uses the dot-source operator while exporting functions using wildcard characters, and this is disallowed when the system is under application verification enforcement.

Windows 10 team works on a problem that occurred in the July 2018 .NET Framework update. Apps that rely on COM components were unable to load or run properly due to access denied, class not registered or “internal failure occurred for unknown reasons” messages.

If you have kept your system up-to-date then only the new fixes in this package will be downloaded and installed.

To see details about the resolved vulnerabilities, navigate to the Security Update Guide.

Windows 10 will automatically download KB4343909  via Windows update. But when you want to get the standalone package manually for the same, go to the Microsoft Update Catalog website.