As you know YouTube is the world’s largest video streaming portal. The point is to think, iOS 6 version has not added two necessary apps like Google Maps and YouTube till now. But now Apple store has provided official you tube app especially for iPad. The app is also compatible for earlier version iPad 3,  iPad 4 and iPad 5.  A new feature has been also added to fresh YouTube app, and this is you can stream videos via Airplay.

Earlier, I have explained two essential YouTube apps especially for iPad. Video Tube app is useful to download YouTube videos, and VTube is used to view YouTube videos in full screen on your iPad. 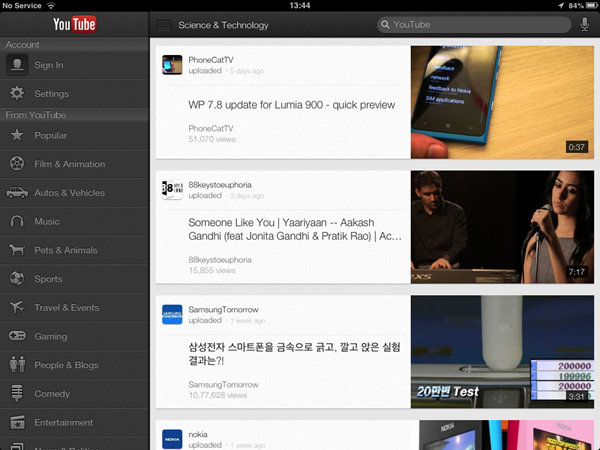