After receiving the September 14 security updates on Windows 10, users are struggling with weird troubles. Previously we have already covered the possible solutions to printer error 0x0000011b in this concern. Currently, many people are reporting to encounter Excel crashing issue. If you have installed the patch on Windows 10 21H1, 20H2, and 20H2, Excel, Word, and Adobe reader might hang or be unable to open. So here we are trying to put forward the potential ways to solve Excel Crash KB5005565 Windows 10.

When the issues occur, MS Word, Excel, or Adobe Reader doesn’t open even after double-clicking on the respective shortcut from desktop. In case the app is launched, either it doesn’t appear or go to freezing or crashing state. Microsoft has acknowledged the problem and hand this to an MS Defender team. A representative has replied to a user’s question on Reddit – “We had this with multiple clients, all had Defender Endpoint protection. Ticket logged with MS Defender team and they provided a roll back MSI, a fix should be hitting the wild soon. While we were waiting for them I was able to narrow it down to Exploit Protection for individual Programs turn off “Export Address Filtering(EAF)” and “Import Address Filtering(IAF)”, we exported the settings and used intune to push out a new exploit protection policy as a workaround for now as the rollback MSI is being tested.”

The easiest and most obvious solution to the Excel crash and Word freeze is the removal of the culprit patch. Multiple users even affirm this method telling that the apps starting working perfectly after they uninstalled KB5005565 as you can see in this Community. You may install this update later after the Microsoft Office apps not opening error is resolved. 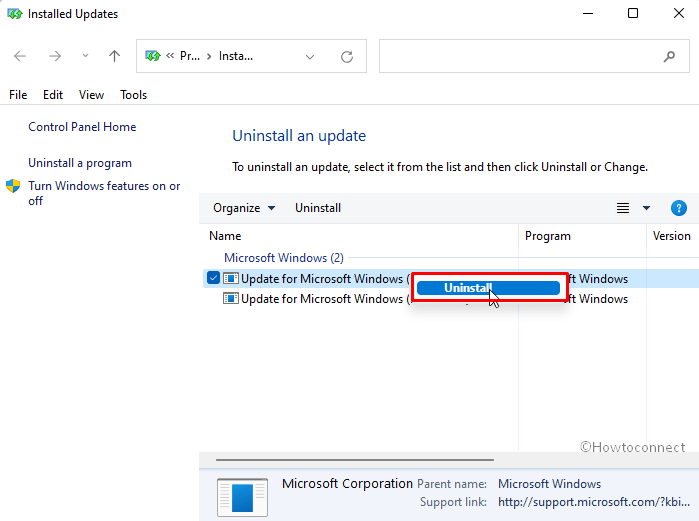 Microsoft is addressing the Excel crash issues and is expecting to repair them soon. Until then Known Issue Rollback setup has been made available that can help you get rid of all the troubles arising after installing KB5005565.

Simply download KIR MSI file and run it on your system –