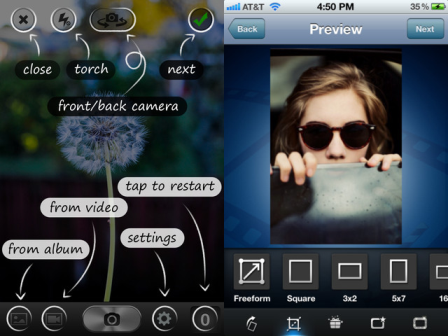 You will have to install ‘GIFBoom’ app from below link on iOS enabled devices. After completion of GIFBoom app, you need to open application. As a first step, It is required to Sing-up for an account or link GIFBoom application with your Facebook or Twitter account. You may skip above step if don’t want to share your animated creation to anyone. In case of skipping above step you will have to assists with existing email. After then use Camera button of iOS devices for taking  images to applying in GIF images. You may pick up-to 30 images together for creating GIF images. At the end of picking images, GIFBoom asks to add effects to all selected images. As per desire application put animation on selected images.

If you want to convert Video Images into GIF images, you will have to take these simple steps. Click on to ‘Import’ button and choose images or Video from library. After completion of videos  GIFBoom apply animations automatically.