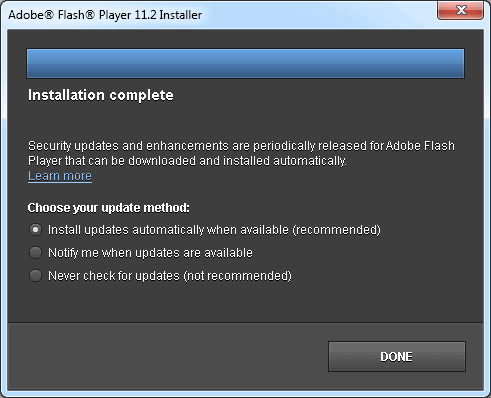 Before the act of updating you should be sure closing all running programs of your browser. Then open command box. In Run Box type, the command C:\windows\system32\macromed\flash\ and be sure about the same Flash is installed on your computer.

Before executing command replace the version number in command box with the one you get earlier. It will lead to executing updating activity.

Note: Above command is made only for updating Flash Player for Internet Explorer. To update plugins for other browsers you need to run below command.

Never remember to replace the version of number again just as did it for ActiveX.

These activities will ask you would you like to switch manual update mode of Adobe Flash Player. Just click to automatic update option and complete process of installation.