As the age of the phone increases, so is its battery. The older the battery gets, the faster it starts discharging. Even in the stand by mode it loses about 40% of the charge. So even if you charge it overnight, it would drain out the charge very fast. These conditions makes user irritated and also there are chances that the other parts might get destroyed. There are apps out there which help in managing the charge drain, one of which I found out was Wakelock detector. Seeking out the issues of the app becomes very easy. This article is basically written to explain the efficiency of the wakelock detector, how it identifies the apps which cause the draining of the charge and two of the superlative battery analysis tools such as Carat and BetterBatteryStats are also discussed. 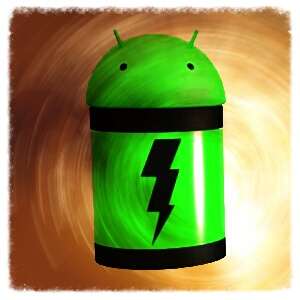 Wakelock: There is a presence of a mechanism within the Android Operating System known as the Wakelock. The Phone is usually kept awake with the wakelock functions by the programs which usually require system resources. After the completion of the task, the Wakelock function sets in and the phone returns back to the Sleep mode. There is the existence of two kinds of Wakelock functions:

1.Full: There is a power drain when this function is used as the device wakes up completely. The components which are fully powered are the CPU, the screen and the physical keyboard in case the phone has a one. This is why it causes a large drain of the charge.

2.Partial: The partial wakelock wakes up the CPU only and not the screen and the keyboard. This is why it drains less power is a wrong concept. In fact more the apps stored on a phone more is the charge drained when the Partial function is being used. 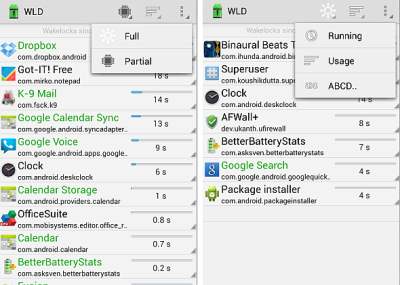 The working of the Wakelock detector: It requires the simple installation of the app after which the phone has to be left alone for few hours during which all the activities of the phone is monitored. After that:

Wakelock detector download
Other apps in competition to the Wakelock Detector

BetterBatteryStats: The app works similar to the one discussed above but it is a bit complicated and it is definitely not designed for the casual user. It takes a bit of homework to understand its working and the configuration with the phone is also not easy.

Carat: This app is very effective in finding out those apps which are the most charge consumers. The Automatic starting function is though absent, therefore the app has to be run for several days before it starts giving accurate information. It also shows the ranking and the percentile of the battery use. However it is not as simple to use as the WakeLock Detector. 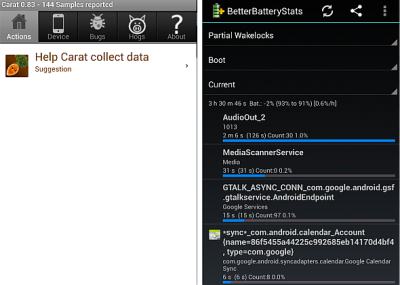 The final conclusion is that these apps are very effective in configuring the charge on an Android phone and a must requirement for all those using heavy apps.