Yesterday, Microsoft delivered cumulative update KB4284880 for Windows 10 Version 1607 Build 14393.2312. The package is equally useful for Windows Server 2016. However, the update is not valid for the Home and Pro versions because Microsoft has ended support for these on April 10, 2018. But  Windows 10 Enterprise and Windows 10 Education editions users will receive it automatically. 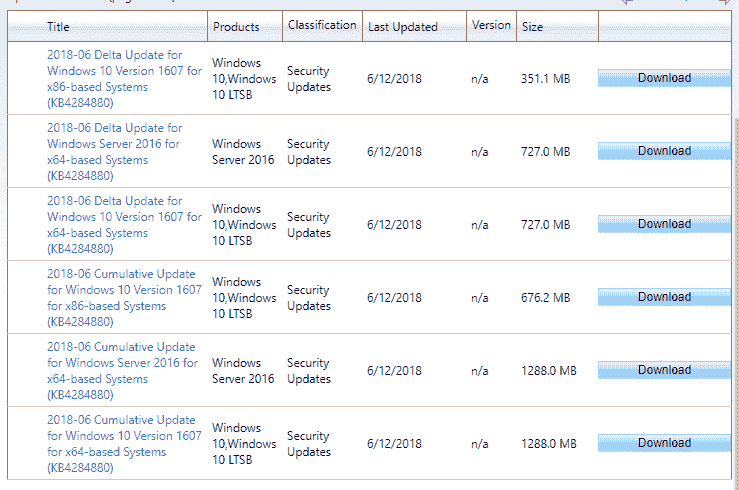 KB4284880 gives protections from a vulnerability associated with the subclass of speculative execution side channel. This attack on Systems with microprocessors is also referred as Speculative Store Bypass (CVE-2018-3639). The protections are disabled by default so Windows client (IT pro) should follow the guidelines in KB4073119. You need to pursue the instructions in KB4072698 to enable the same on Windows Server. These notes will help you use mitigations for Speculative Store Bypass (CVE-2018-3639). Furthermore, you can also mitigate Spectre Variant 2 “CVE-2017-5715” including Meltdown “CVE-2017-5754” using the information.

Microsoft has worked on booting with Unified Write Filter and a connected USB hub problem that may show stop error E1.

Secure Boot is disabled or not present although BitLocker is running. KB4284880 will stop firmware installation on the system in this state. Admins can install firmware updates by:

Windows 10 v1607 will now allow a band-capable disk that comprises only one partition to change to a dynamic disk. This will be an MSR partition.

Microsoft raises the Internet Explorer cookie limit to better compete with industry standards which was 50 earlier.

In case, you already installed previous updates which included improvements, you will receive only the new fixes in this patch.

To get the standalone package for this update in an easy way, navigate to this link.

Alternatively,  launch Settings app and do a click on Update & Security. Click on check for updates and manually install the patch.