Today, Microsoft and the team rolls out another cumulative update KB4471324 for Windows 10 1803 Build 17134.471. This patch contains a decent range of fixes for Windows Media Player, Start Menu, black or blue screen errors and so on. You will not find any new features in this cumulative update. However, it carries several quality improvements for the OS.

You can manually download KB4471324 patch via Microsoft Update Catalog or directly through Windows Update. Here we will see the whole detail of this cumulative update for Windows 10 1803 Build 17134.471 released on 11 December 2018. 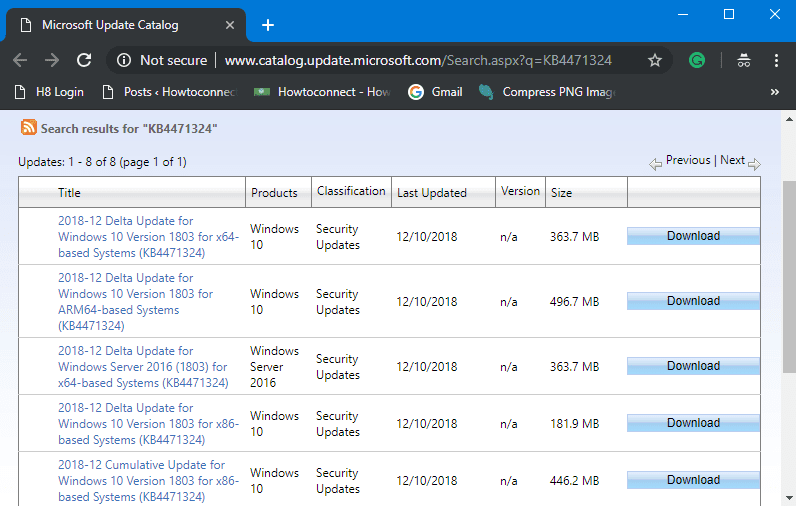 Microsoft and the team always suggest you to first install the latest servicing stack update (viz. SSU) for the OS before you make an attempt to grab the current cumulative update (in short LCU). The main reason is that SSUs improves the reliability of the update process to another level. Furthermore, this mitigates potential problems during the installation of LCU moreover while applying Microsoft security fixes.

In case you will automatically get the current SSU (KB4477137) if you are using Windows Update. However, to grab the stand-alone package for the latest SSU, you can also visit Microsoft Update Catalog.

However, through Windows Update, this KB4471324 will be downloaded as well as installed all by itself. Additionally, grab the stand-alone package by visiting Microsoft Update Catalog.