Another patch Tuesday is here with a bundle of cumulative updates, including KB4493470, for various versions of Windows 10. It is an update for version 1607 and with it, the OS build will be 14393.2906. This cumulative update offers security improvements to some of the Microsoft applications and programs. Also, it deals with some Group policy and other issues as well.

Users on Windows 10 version 1607 need to note that it had met the end of service back in April of 2018. Even the additional servicing offered to the Enterprise, loT and Education editions terminated with the update on 9th April 2019. Microsoft suggests users upgrade to the latest versions of Windows 10 for a better experience and to continue receiving quality and security updates. 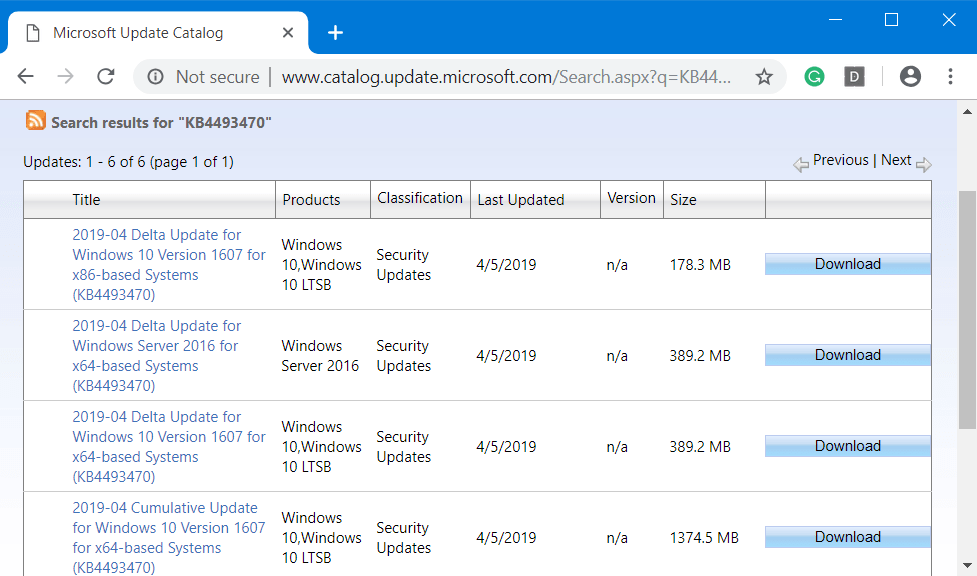 Known Issues with the update

Below given are the known issues with the update KB4493470 –

After installing this update, there can be a problem in hosts which are managed by SCVMM or System Center Virtual Machine Manager (SCVMM). In this scenario, “SCVMM” will be unable to enumerate/manage the logical switches deployed on the host. Also, there is a possibility of occurrence of stop error in vfpext.sys.

Microsoft recommends users to follow the best practices when patching in order to prevent the stop error in vfpext.sys.

Another known issue with the update is that post installation, the cluster service may fail to initiate. An error message “2245 (NERR_PasswordTooShort)” will be shown. This occurs particularly if the users set group policy “Minimum Password Length” over 14 characters.

As a workaround, you can set the “Minimum Password Length”. It might be, by default, over 14 chars, to less than or equal to 14 chars.

The developer is currently working on finding a permanent solution for this issue. We can expect an update in relation to this in an upcoming release.

You can come across with certain problems related to Custom URI Schemes for Application Protocol handlers post the installation of KB4493474. It may be unable to initiate the corresponding application for trusted sites on Internet Explorer and local intranet.

Alternatively, you can enable Protected Mode in Internet Explorer for local intranet and trusted sites.

Step 1: Search for Internet options in Cortana and go to the Security tab.

Step 3: The next step is to select Trusted sites and then, Enable Protected Mode.

Once you make these changes, make sure you restart the browser to apply the changes.

The developer is currently working on finding a permanent solution for this issue. We can expect an update in relation to this in an upcoming release.

You may face some problems while trying to start a device using the Preboot Execution Environment (or PXE). The issue occurs when you are starting it from a WDS or Windows Deployment Services server configured to use Variable Window Extension. It may ahead of time terminate the connection to the WDS server while downloading the image. However, this specific trouble does not affect clients or devices that are not using the Variable Window Extension. Microsoft is attempting to resolve this issue.

You can try any of the following workarounds disable the Variable Window Extension on WDS server and mitigate the issue.

This is the simplest method.

After you disabling, Microsoft suggests restarting the WDSServer service.

The system will all by itself download the update through “Windows Update service”. KB4493470 is also available in the Microsoft Update Catalog site.