KB4493475 for Windows 10 is out which addresses various issues of the operating system. It deals with the problems related to Group Policy, Japanese Era, and more. Moreover, this patch also carries updates for certain time zones and releases several security updates for different categories.

This is for build OS Build 10240.18186 and for currently there are no known issues in this cumulative update. You can get it manually or let Windows download and install it for you. So, the below section describes the key changes that KB4493475 contains. 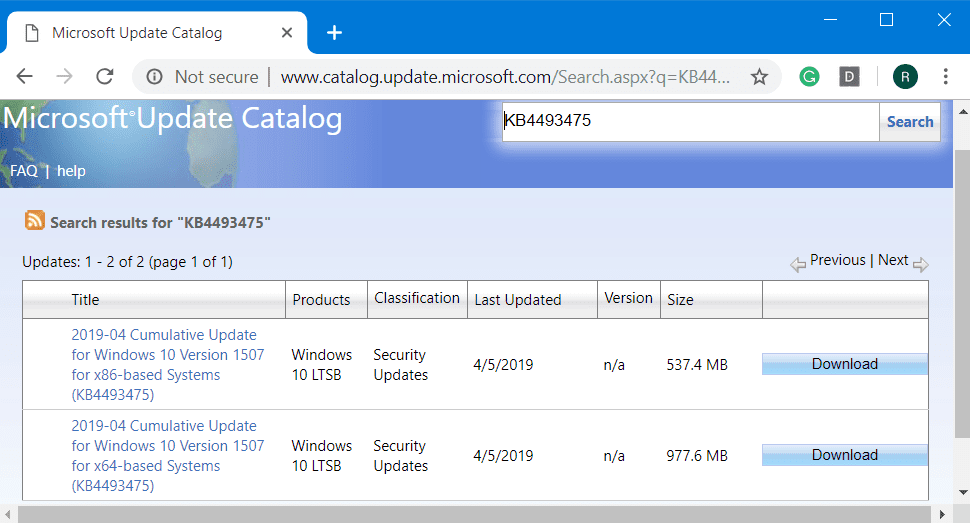 Microsoft and the team are currently not aware of any possible issues in this cumulative update.

There are two common ways to get KB4493475 for Windows 10. You can either grab the file manually by visiting the Microsoft Update Catalog. Or just navigate to Windows Settings => Update & security => click Check for updates. This will start looking for the available updates and will soon download and install the same.

However, ensure to install the latest SSU or servicing stack update before you make an attempt to install this cumulative patch. By doing so, it will enhance the reliability of the update procedure. This will eventually help you to mitigate potential issues while installing the cumulative update and applying Microsoft security fixes as well.