KB4497934 is a cumulative update unveiled by Microsoft for Windows 10 On April 25, 2019. This patch arrives for version 1809 as quality improvement in order to take the Operating System to Build 17763.529. This is the final cumulative update before Windows 10 May 2019 update. The issues on which the company mainly considers or focuses – BitLocker, ActiveX controlsKRB_AP_ERR_MODIFIED and more. Furthermore, the update introduces a collection of various fixes and stability enhancements to improve reliability where it retains other features almost the same.

You’re able to download KB4497934 as an MSI file format from the Microsoft update catalog site. Commonly, Insiders grab the cumulative update through the Windows update automatically. Though, the manual installation is certainly an easier option if you fail to get the patch by itself. As suggested by the company, it would be advantageous to upgrade your machine to the current versions to have an experience of a better user interface. If you want to see all the patches of the entire version then check Windows 10 Cumulative Updates List. 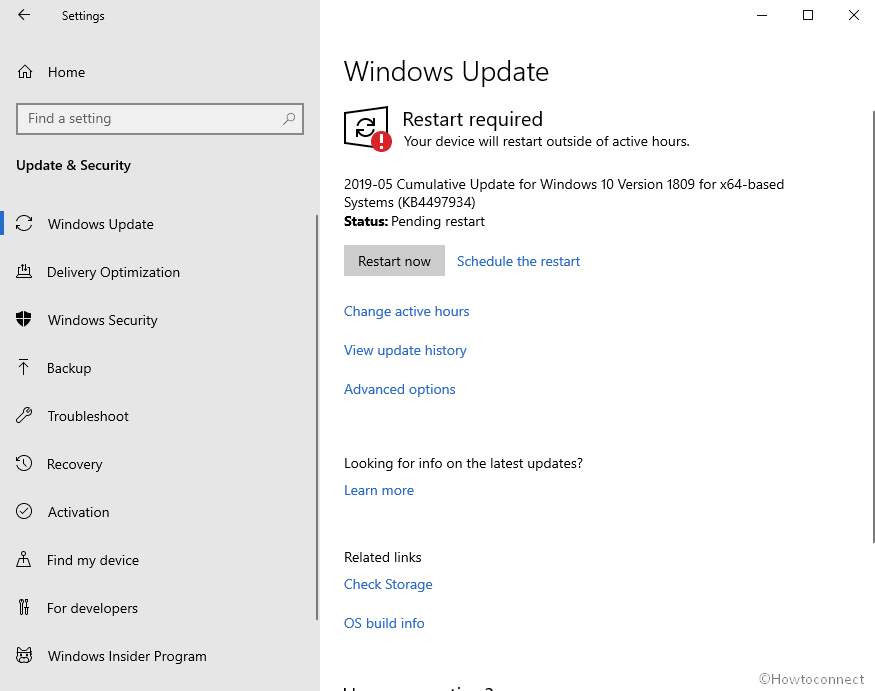 This patch having Build 17763.529 is actually a bug fixing update carries no new feature to the OS rather covers a number of quality improvements are as follows –