Cumulative update KB4507469 has been rolled by Microsoft for Windows 10 on July 09, 2019, the patchday. Along with a few known issues, this patch arrives for version 1809 as quality improvement in order to take the Operating System to Build 17763.615. The issues on which the company mainly focuses is the BitLocker, CameraCaptureUI API, wireless technologies and more.

You are able to grab KB4507469 as an MSI file format from the Microsoft update catalog site. Though, the manual installation is an alternative choice if you fail to get the patch. It is recommended to upgrade your machine to the latest versions of Windows 10 for having a better user experience and to sustain security updates. Besides, to check out the patches of the entire version on a single platform, follow Windows 10 Cumulative Updates List. 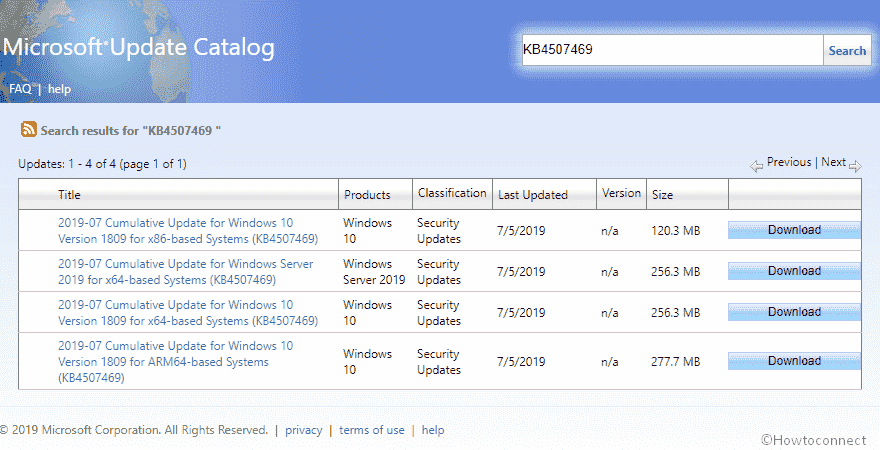 This patch having Build 17763.615 is actually a bug fixing update carries no new feature to the OS. It includes a quality improvement which is as follows –

To get the Standalone package for the same, open Microsoft update catalog. Finally, click on download after matching the architecture.