Another Tuesday is here which brings a list of cumulative updates. KB4530684 Update for Windows 10 1909 and 1903 version is out for Build 18363.535 and 18362.535 respectively. Basically, this patch contains updates to enhance security when Windows carry out its basic functionalities. In addition, it also addresses certain common issues related to Out of Box Experience (OOBE). Thankfully, till now Microsoft has not documented any additional problems with this package. So explore all the details that this Tuesday patch has to offer both the versions. 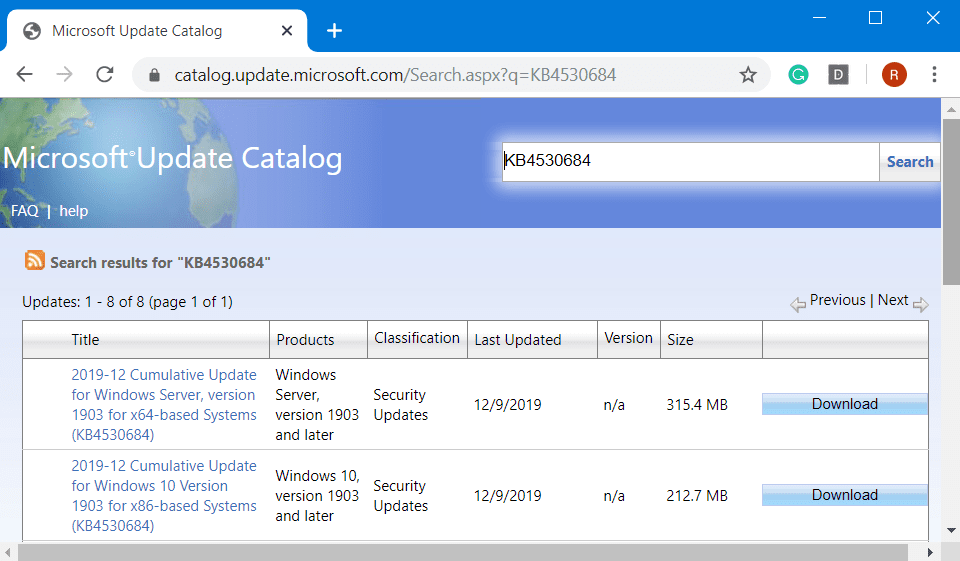 Explore the below list of quality developments that this version contains –

As of writing this, Microsoft is not aware of any issues with this update.

The giant software team suggests you download the latest servicing stack update to proceed with this patch. This is necessary as it mitigate the potential issues and also enhances the update procedure.

You can get the standalone package of this pack by visiting the Microsoft Update Catalog webpage.