Another build laden with new features such as tablet-optimized Taskbar, modified System tray, etc, and several improvements hit the Beta channel for insiders. KB5017385 is the cumulative update that increases the version to Windows 11 Build 22623.730 and 22621.730. New features are disabled in 22621.730 and enabled in the remaining.

This build once more brought out the touch-optimized taskbar which design is cozy for tablet devices. We have previously covered the way to enable it in this post – How to activate Tablet optimized Taskbar in Windows 11. 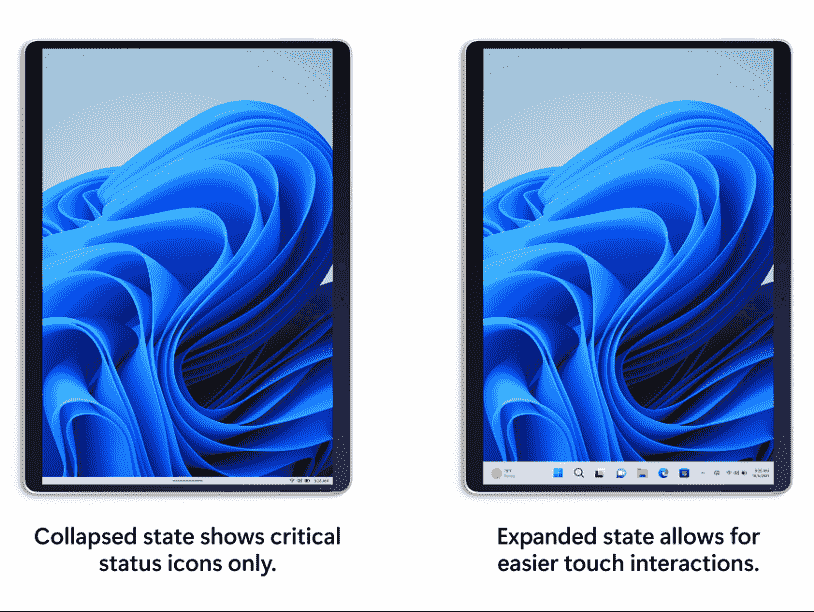 Subsequent to installing this update, taskbar will automatically transition to this optimized form when you fold back or disconnect the keyboard on your 2-in-1 device. This feature is specifically for tablets. There will be no difference on PCs or laptops.

Expanded and collapsed forms of taskbar improve the comfortability of the tablets.  The collapsed state gives additional screen space and prevents mistakenly invoking the taskbar when you’re holding your tablet. Whereas the expanded state provides better usability with touch. You can switch between the two states by swiping up and down from the lowermost part.

To access this feature navigate to Settings => Personalization => Taskbar => Taskbar behaviors. This is also named Optimize taskbar for touch interactions when this device is used as a tablet enabled by default.

2nd feature is the update for System Tray that affects both PC and Tablet. The build ships hover treatment and rounded focus on all icons in the bottom right.

After receiving this build, drag and drop or rearrange for system tray icons is not possible.

Also, there are improvements in Home Search for File Explorer. This will now search recently opened cloud files from Microsoft 365. This function is for the users who are either signed with their Microsoft account or have their Microsoft account connected to the profile via Settings. You will see recent file activity for cloud files in Home search when in details view. Using, activity, file extension, and location you can also search Microsoft 365 cloud files. You will experience results when typing. The best part is the full search result page will update live without pressing enter.

Turn on new Outlook for Windows to try it out

If you’re an Office insider member and at the same time Windows Insider then you can try out the new Outlook for Windows. Members of Beta Channel or Current Channel (Preview) will view a Try the New Outlook toggle located in the top-right corner of classic Outlook for Windows. Simply turn this on and follow the guidelines on the screen. 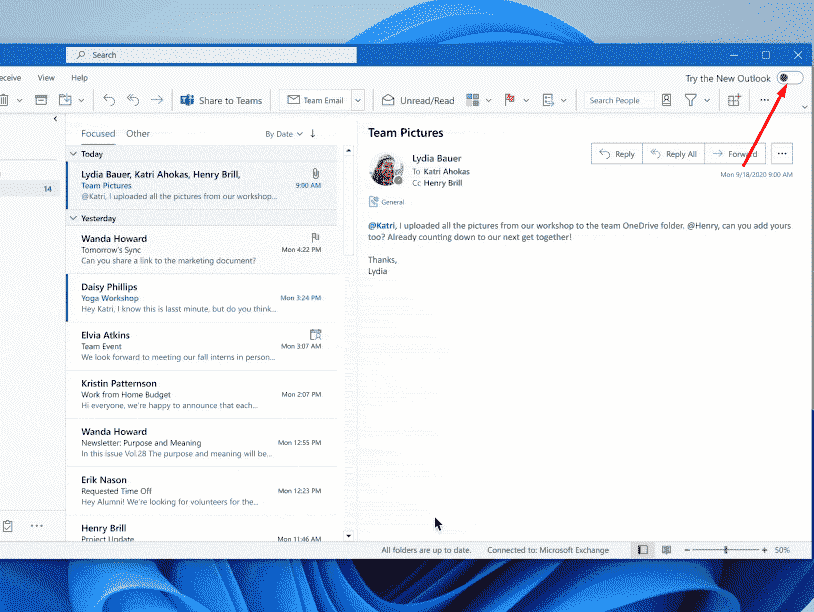