Indeed you may be happy to know that there is now Google search for the Facebook photos in Firefox. It is also named as “Reverse Google Search”. Some of the more important features of using this app is as follow:

There is another such app named “Facebook Photo appraiser” which is a feature of Facebook combined with the Mozilla. This is the similar thing described above i.e. reverse search of the photos on social networking sites. On Clicking the options open it in the new Tab or window. Clicking on this button will search for similar images of the photo using Google’s ‘Search by Image’ option.

It is installed like other simple software. After installing this feature on your mobile, now when you open any Facebook image from the Facebook feed, you will see similar photos in the like as well as the comments option. However, there is one problem in this and that one is that you have to disable the theater mode otherwise it would not work perfectly.

You can download it from https://addons.mozilla.org/ and then searching for this app in the Extensions sub-menu. 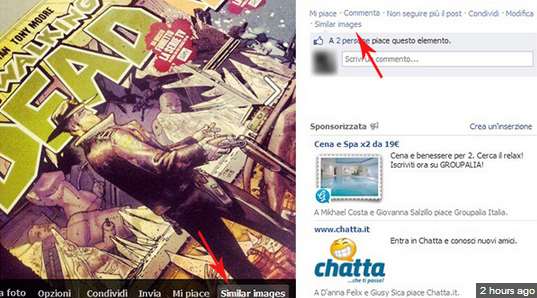 The reverse image option is available in all the three modes of Mozilla i.e. Theater, Timeline or Older View. This new feature of Facebook is very simple and cogent to use. When installing this feature in the Mozilla will create an option of this app as pointless button on the Add-bar. Facebook photo appraiser adds the “similar images” option among the pictures of your timeline too. One of the important things about this app is that it is an open source add-on designed to work with Mozilla Firefox 9.0 and later. This add-on does not require a browser restart.