Google Glass is an advanced technology device and has made simple glass so exclusive. It has bulk of interesting features like Bluetooth, WiFi, Gestures, Messaging, Calling, Video Calling and so on which fascinate the users. Although it is not a smartphone or computer but it has nearly all features which a mobile and PC have. Wink feature is one of them. Wink is just a facial expression which is used to capture image using Google Glass. It is the fastest way to flash a picture with Glass. Wink is very helpful for those who have lost his hands or whose hands are engaged in other works and want to take a snaps. We are elaborating tips for setting up Google glass Wink Feature.

How to Setup Wink Feature in Google Glass

Wink is an exploratory feature works very faster than Camera button or Voice action in Google glass. You can also use this feature when the display is off. Follow the tips to set the Wink feature with Glass. 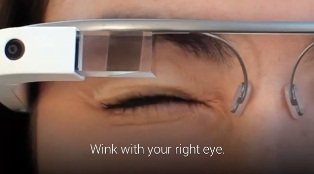 Make sure for the best judgement and be careful to the surroundings when you are using Wink. And don’t make the wrong impression which leads to tidy pictures.

Working Process: A tiny light sensor is present in the Glass which looks your eyelid movement. It is also used to on-head and wink detection. If this sensor is not working properly then you can not able to use the Wink feature. The light emitting should not be more dangerous than natural light. Otherwise you might have to suffer from the eye defection.

Troubleshooting Wink: Wink feature will work only on the latest version of Glass devices. It does not work properly on every devices. Those devices which is received before 28th Oct, 2013 will not show the Wink feature. If you want to take part in Wink then you have to sign up for their Limited-time swap out offer by Clicking Here.

If you are getting troubles to set up Wink or it does not work properly then follow the instructions below to fix the troubles.

If you are still having issues with Wink then turn it off from the Wink Card in the Settings bundle.