How to Customize Sync conflicts Settings in OneDrive Windows 10 – Sometimes the inbuilt cloud finds itself incapable of recognizing if an identical file is stored at two different locations on a machine, as a result, it saves two copies of the file.

How to Customize Sync conflicts Settings in OneDrive Windows 10

Step-1 – OneDrive icon is positioned on either System tray (Systray) or taskbar, Execute a right click on them and opt for the choice Settings.

Step-2 – OneDrive wizard spread out on the screen, click on the Office tab.

In normal circumstances, you will certainly like to merge the file to avoid keeping both of the identical files, so check the round cell before the first option Let me choose to merge changes or keep both files. 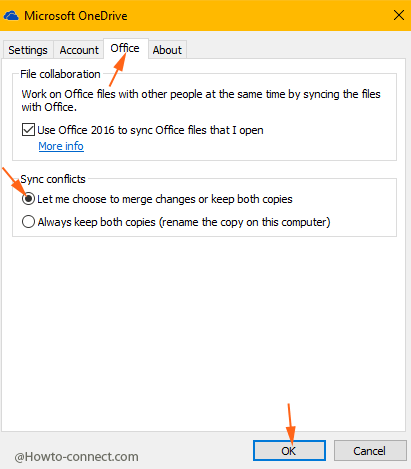 Once after checking the appropriate box keep in memory to click OK button at the bottom.