Microsoft Released Windows 10 build 17744 under RS5 for Fast ring level systems. The update includes a large number of fixes for different issues such as Timeline app crashing, nearby sharing, Microsoft Edge content goes offset,  spell checking menu incorrect location. However, a few known issues still exist in the build but Microsoft is seriously working on them.

You will receive Windows 10 Build 17744 automatically on your computer. If you have not got till now go to Settings => Update & Security and click on Check for updates to install the current. 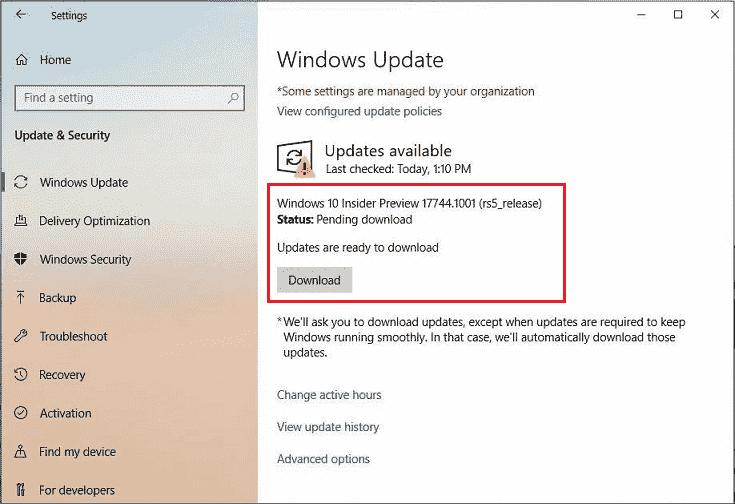 Here are the Windows 10 Build 17744 BugFixes and Changes Details –

They solved apps crashing that happens during sending Timeline activities.

Microsoft resolved an impactful race condition that ends up with Cortana crashing when you open tips and execute web searches.

They solved nearby sharing section of Share User Interface missing problem in spite of being enabled.

They resolved the spellchecking menu looks in the incorrect location when right-clicking on a misspelled word in the Microsoft Edge we browser.

When you click on a Word to open in Word Online document, this doesn’t work in Windows 10 S mode. Microsoft fixed this issue in issue in the current build 17744.

Windows 10 insider team solved braille support on Narrator issue. When you toggle the checkbox with a braille display, you will experience the control information maintained there.

Some users may still encounter the bugcheck issue with GSOD when they sign out of their user profile or power off PC.

Make Text bigger setting may not bigger for many users and encounter text clipping issue in Windows 10 Build 17744. For this Ease of Access setting, you may notice that text is not becoming bigger everywhere.

Another Ease of access tool Narrator does not read in Settings app often when you switch with the help of Tab and arrow keys. Try navigating to Narrator Scan mode at the time being. After turning off the mode, the tool will now read when you switch using Tab and arrows key. Otherwise, you can exit the Narrator and start again as a solution to this issue.

In Windows 10 Build 17744 Redstone 5, when you connect a Windows Mixed Reality headset for the first use with motion controllers this creates problems. This may need to be fixed a second time before becoming visible in the headset.