Windows 10 Build 17754 Redstone 5 strikes to the Insiders computers who opted Fast ring. The update includes several important fixes for Action Center reliability, Taskbar Flyouts, multiple monitors, PWAs link, Crashing in Settings and others. You will no longer notice Watermark on the desktop, but final build is yet to come.

You are able to receive Windows 10 Build 17754 from Windows update section of Update & Security. The update has 2 unknown issues which should be fixed in the upcoming build. 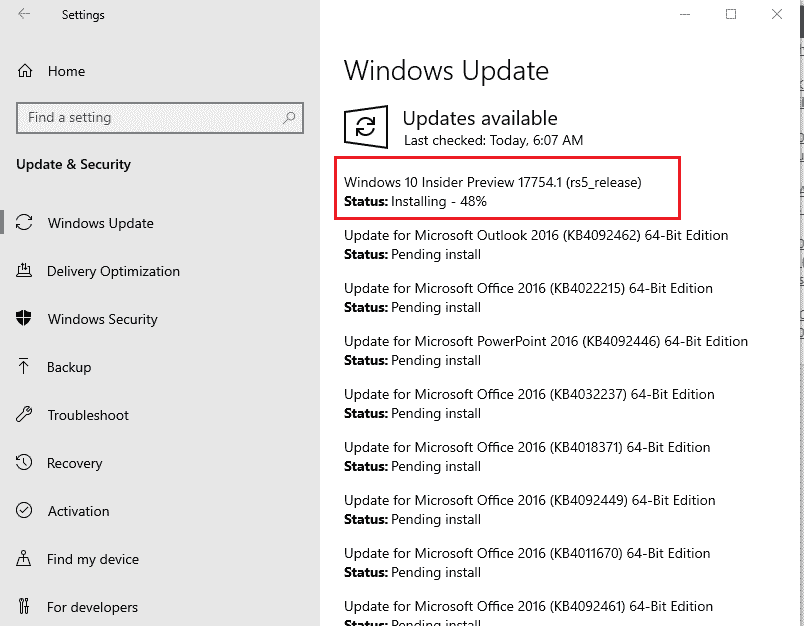 Coming from previous a few builds, Make Text bigger option in Ease of access settings doesn’t work properly.  The setting gets text clipping issues, or you view that text does increase everywhere.

One more issue is regarding Narrator where it doesn’t sometimes read in the Settings app when you switch using Tab and arrow keys. Give an attempt to navigate Narrator Scan mode for that time. When you disable Scan mode, Narrator will now start reading. As a second option, you can restart Narrator.