Microsoft has pushed Windows 10 SDK Preview Build 17749 with a bunch of improvements, customizations, and new features. The update will run in conjunction with Windows 10 Insider Build at least 17749. The Build includes multiple bug fixes and under development changes to the API surface area. 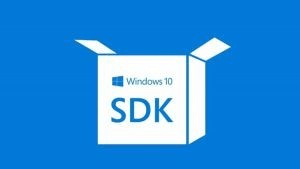 In order to assist with script access to the SDK, the ISO will also be able to be accessed through the following URL: https://go.microsoft.com/fwlink/?prd=11966&pver=1.0&plcid=0x409&clcid=0x409&ar=Flight&sar=Sdsurl&o1=17749 once the static URL is published.

This update comes up with multiple improvements and fixes for C++/WinRT. Most important, it produces the ability to develop C++/WinRT and doesn’t need dependency on the Windows SDK.This isn’t especially interesting to the OS developer, but even in the OS repo it gives benefits because it does not comprise any Windows headers. Thus, a user will typically pull in less or no dependencies inadvertently. This also indicates a considerable reduction in the amount of macros that a C++/WinRT developer must guard against.

Eliminating the dependency on the Windows headers signifies that C++/WinRT is portable in greater extent and standards compliant. Further, the change shows the efforts of the team to make it a cross-compiler moreover cross-platform library. It also conveys that the C++/WinRT headers will never be minced by macros. If you earlier relied on C++/WinRT to add multiple Windows headers that you will now have to manually include them. It will be better to add headers you depend on explicitly and not rely on a different library to include them for you.

Simplify the use of APIs expecting IBuffer parameters: However, plenty of APIs prefer collections or arrays, adequate APIs rely on IBuffer that it should be simpler to use such APIs from C++. This build gives straightway access to the data behind an IBuffer implementation using the identical data naming convention applied by the C++ standard library containers. This also prevents the collision with metadata names that start with an uppercase letter.

Eliminate unessential recursion – If the command line indicates to a folder instead of a particular winmd then cppwinrt does not explore recursively for winmd files. This happens when developers inadvertently force cppwinrt to eat more winmds than needed. . In this build, cppwinrt compiler controls duplicates very intelligently. It makes duplicates more resilient to user error and bad winmd files.

Declare both WINRT_CanUnloadNow as well as WINRT_GetActivationFactory in base.h – Callers don’t require to declare them directly. Their signatures have also modified, amounting to a breaking change. The declarations diminish most of the pain of this change. The modification is needed by the fact that C++/WinRT does not depend on the Windows headers and this eliminates the dependency on the types.

Strengthen smart pointers: Strengthen smart pointers – The event revokers did not revoke at the time of move-assigned a new value. This gives us a closure sight of smart pointer classes and we observed that they were not reliably handling self-assignment. This is engrossed in the com_ptr class template that many rely on. The team settled com_ptr and modified event revokers to manage move semantics accurately to confirm that they “revoke upon assignment”. The handle class template has also been strengthened by the elimination of the implicit constructor that made it simple to write wrong code. This also leads bugs in the OS into compiler errors solved in this PR.

In the build, supports for non-WinRT interfaces is turned off as built-in configuration. To turn it on just #include <unknwn.h> prior to C++/WinRT headers.

“winrt::get_abi(winrt::hstring)” onwards returns “void*” instead of “HSTRING”. The Code that needs the HSTRING ABI can lucidly use a static_cast.

winrt::put_abi(winrt::hstring) returns void** replacing HSTRING*. The Code that needs the HSTRING ABI can lucidly use a static_cast.

The current build will project GUID as winrt::guid. Code that needs an HRESULT can solely static_cast if you are going to type checking or support type traits, alternatively convertible as long as <unknwn.h> is included first.

In the SDK Update, the signatures of WINRT_CanUnloadNow and WINRT_GetActivationFactory has a modification. The code should ensure to not declare the functions above and but include winrt/base.h to include their declarations.

The present update made winrt::handle constructor explicit. Code assigning a raw handle value should confirm to call the attach method instead.

The SDK update allows you to package applications as MSIX. You are able to install these apps and run on systems with SDK 17682 build and further.

You should use the MakeAppx tool for the sake of packaging.

MSIX is at present neither supported by the App Certification Kit nor the Microsoft Store.

The build comes up with some modifications to the C/C++ ETW code generation of mc.exe.

So long as the “-mof” parameter is not involved, the output C/C++ header is now supporting with both kernel-mode moreover user-mode. This does not care whether “-km” or “-um” was specified on the command line. The header will apply the _ETW_KM_ macro to itself determine if it is being compiled for either kernel-mode or user-mode. It will call the correct ETW APIs for every mode.

The SDK headers are created with types in the ABI namespace. This is done to cast conflicts aside with C++/CX and C++/WinRT clients that require to consume types straightway at the ABI layer[1]. With the built-in configuration, types emitted by MIDL are *not* included in the ABI namespace. Although, this has the capability to rise conflicts from teams attempting to utilize ABI types from Windows WinRT MIDL moreover non-Windows WinRT MIDL generated headers.

To confirm that developers have a continuous view of the WinRT Application Programming Interface surface. Validation has been included in the generated headers to ensure that the ABI prefix is persistent between the Windows furthermore user generated headers. If you confront an error such as-

It indicates that a few of your MIDL generated headers are inconsistent with the system created headers.

There are two methods to fix this –

In the current SDK Update (17749), the Windows App Certification Kit will crash. So Microsoft recommends avoiding this by unchecking the option during setup.

When you target new APIs, think of writing your app to be adaptive so that it can cover the extensive Windows 10 devices.