Windows 10 Build 18845 (20H1) For Skip Ahead is out with an update in Emoji along with several fixes. This update also contains improvements in File Explorer where the icons will appear little better after you enable dark theme.

You can easily get this build by navigating to Windows Settings => Update & Security => Check for updates. However, let us go through the details that this Skip Ahead build contains for you.

Being an Insider, you may have noticed the first appearance of Emoji 12.0 with the release of Build 18277. But with today’s update, when you press “WIN+(period)” or “WIN+(semicolon)”, all of the emoji will now have keyboards hooked up. This will make it easy to search for. It is a worth to try and keywords contain waffle ballet shoes, otter, sloth and more. 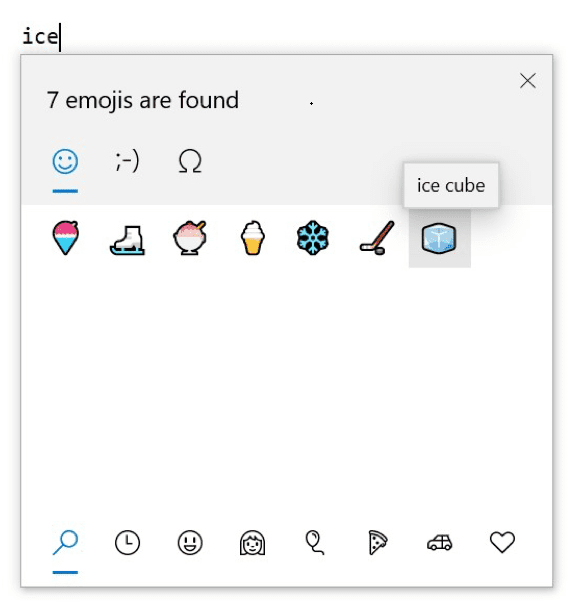 In case you have not tried it, ensure to also check out the new Symbols and Kaomoji section in the picker. It will make it super easy to type things such as  (????)? or em dash!

Certain optional content may fail to function. For instance, enabling developer mode may fail when you install any of the recent builds from Skip Ahead and then choose to switch to either Slow or Fast ring. Hence, you need to stay into the Fast ring only to make optional content work. It is necessary because optional content will only be able to install on builds that are assigned for their rings.