Windows 10 Build 18912 20H1 arrives for the insiders in the Fast ring bringing plenty of fixes and changes. Narrator improvement that empowers you to hear the title of the page on hyperlinks before actually opening them. Moreover, the build gets a few known issues in Realtek SD card, Bopomofo IME, anti-cheat software and more.

You may receive Build 18912 20H1 by navigating to the built-in Windows Settings followed by visiting the Update & Security. Subsequently, you need to click on the Check for updates button and let the downloading over. However, you’re able to obtain this build automatically. For this, just ensure that you haven’t disabled or paused the automatic updates feature. Let us walk through the details and see what important features and changes build 18912 carries for you. See – Windows 10 2003 Changes, Improvements, Features [20H1]. 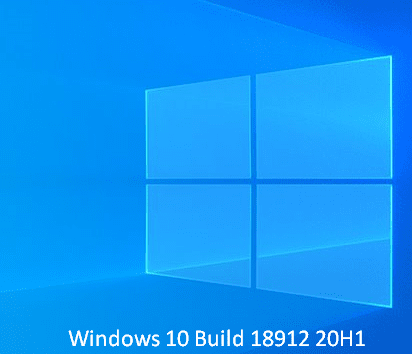 Here are the fixes –