Windows 10 Build 18999 [20H1] comes out to the Insiders in the Fast ring carrying a heap of fixes, changes, and improvements. This specific update in the Release Preview grants you Your Phone app – to unveil the Calls feature which is available to the insiders only. Furthermore, the company includes the major accessibility improvements such as resolving – error 0x8007023e, Optional Features page, File Explorer, and more.

Being into the Fast ring, you’re able to straightaway get Build 18999 20H1 via Windows Update. For this, just open the Windows Settings app and then expand the Update & Security. After that, hit the ‘Check for updates’ button and let download the Build 18999 on your Windows 10 PC. To get automatically you need to ensure that you haven’t either disabled or paused the automatic updates feature. Let us walk through the details and see what important features and changes build 18999 carries for you.

You have the ability to Calls from your PC

Microsoft team has proclaimed the Calls feature at the Samsung Unpacked event in August, and you saw a live demo at last week’s Surface event. Currently, the company is going to unveil the most awaited Calls feature to the Windows Insider community. 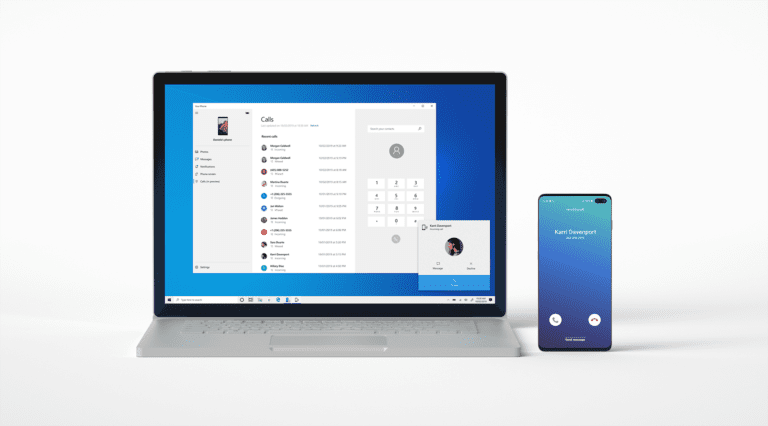 According to the software giant, now there’s no need to dig for the Android phone to answer the personal or work calls. To stay connected, simply answer your phone calls on your device. Furthermore, for having a richer calling experience, tap into the PC’s speakers, microphone, and a large screen.

With the Calls feature you can –

Calls from PC requirements delivered through this build

Users on the latest build will gradually get this feature. Accordingly, it may take a few days to be available inside the Your Phone app.

This feature will first be provided to the user on the Build 18975.

The Developers team is upto now working for extending the region/language support for the new Cortana app. Also, the Insiders outside of English will notice a message when starting Cortana saying “Cortana isn’t available.”