Windows 10 Build 19018 [20H1] comes out to the Insiders in the Fast ring carrying a bunch of fixes, changes, and improvements. The specific update in the Release Preview grants you 4 quick web searches now in Search Home. This feature assists you to locate the info that matters even faster. Furthermore, the company includes the major accessibility improvements such as resolving – troublesome in the one handed touch keyboard, not responding to Hey Cortana, and more. Being into the Fast ring, you’re able to straight away get Build 19018 20H1 via Windows Update. For this, just open the Windows Settings app and then expand the Update & Security. After that, hit the ‘Check for updates’ button and let download the Build 19018 on your Windows 10 PC. Let us walk through the details and see what important features and changes build 19018 carries for you.

The tech giant added four quick web searches to your Search Home which will support you to unearth the info that matters even faster. 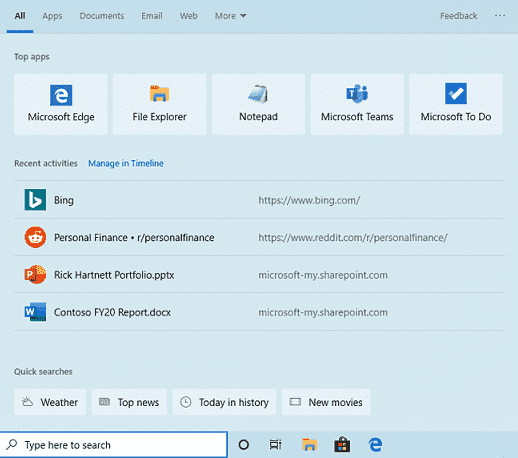 Choose the search box to open the Search Home and after that pick one of the quick search button. This will preview these web answers and consequences. However, if you require instant outcomes about other topics then in this case simply enter a query into the search box for almost everything.

Improvements in design for web preview in search results 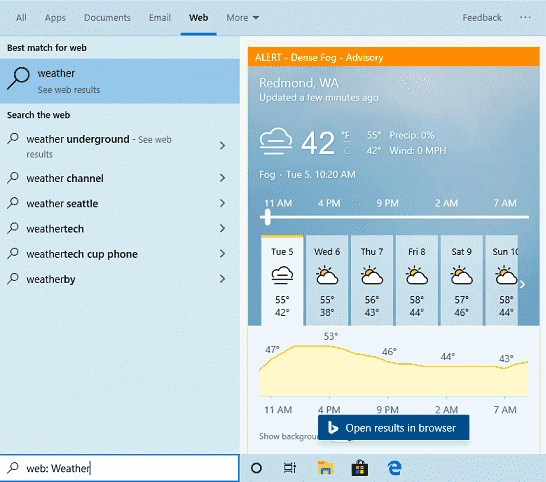