Another wonderful year is coming to end but for Windows 10 users, Microsoft keeps on rolling significant updates. The giant software came forward with Windows 10 Build 19536 20H2 for the Insiders in the Fast channel. It offers several exciting features like optional drivers, new Korean IME, family group setup, and more.

While coming to the updates, the build provides several improvements to Your Phone app. It lets you view and interact with 2000 recent pictures, support of pen input, etc. Furthermore, it also contains improvements in Your Phone Calls feature. However, similar to other updates, this build also carries some known issues. So in this article, we will cover every information that the Fast ring Insiders needs to know before grabbing the update.

Here is everything you need to know about Windows 10 Build 19536 which includes new features, enhancements, and other known issues –

The giant software is working on the appearance of optional updates like drivers, monthly non-security updates, feature updates, and so on. When the system detects such updates, they will be listed under Settings => Update & security => Windows Update => View optional updates.

You navigate to the Device Manager in order to update a specific device. But now, you don’t need it anymore as optional updates will keep the drivers also up to date all by itself. However, if you are having issues with any of those, one of the optional drivers might help out.

During the development of 19H1, the giant software was working on an enhanced version of the Korean IME. This specific endeavor was a part of their ongoing efforts to develop and improve the typing experience of users. However, depending on users’ feedback, the team put a hold on its release and worked more on it. But with the release of Build 19536, they are re-releasing the Korean IME which also contains certain enhancements that assist it to work better with several other apps as well.

Most noticeable modifications of this IME are – 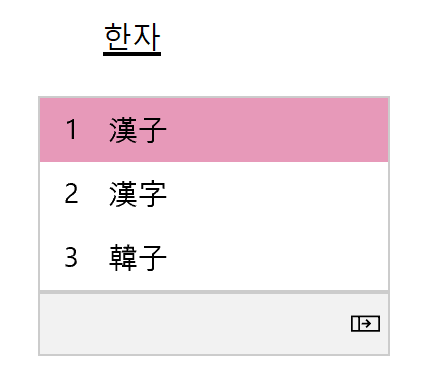 The various platforms of Microsoft like Android, Xbox, and Windows has family features. When it comes to Windows, you can try out several family features. For example, screen time limits, let kids ask before they purchase things, shared family calendar, content filters, Office 365, OneNote, etc. To take advantage of all these features, just use the family group account setup.

Windows 10 Build 19536 20H2, the team wants to help multiple people in the family to set up their device. Though no ISO file is available for this build, Insiders will come across one new option. Insiders who choose to reset their PC will come across a screen that asks who will be using the device. You can move ahead with the option of People in my family. They would provide you the help to set up in a family group after getting to the desktop. 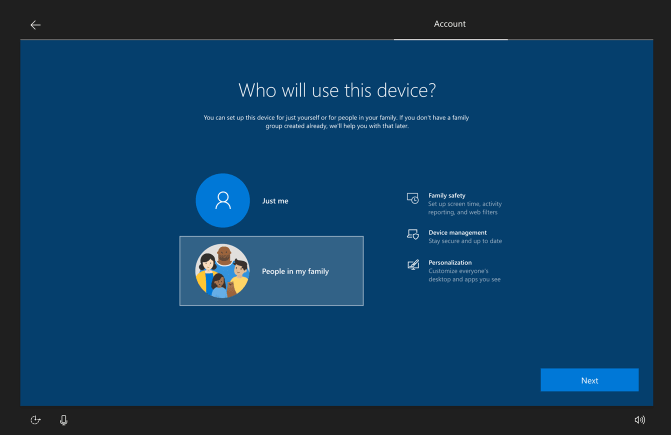 Other updates for Insiders in Windows 10 Build 19536

a] View and interact with the most recent 2000 photos

With the release of this build, you will gain the ability to view and interact with the most recent 2000 photos in Your Phone app. The team has increased the number of pictures depending on the users’ requests. You can do this from your Android smartphone’s camera roll on your PC.

You don’t even require to email the pictures to yourself with Your Phone Photos feature. Just capture an image on your handset and instantly view it on your computer. Whenever there arises a need to add a recent picture to your presentation, paper, or email, simply drag and drop. Moreover, you are a right-click away from sharing it with family or friends, or directly save it to the PC.

Well, you need to definitely try out this new capability.

It may take a few days to be available inside Your Phone app. However, to experience the feature, you need to ensure to have the latest version of both Your Phone Companion and the Your Phone app respectively.

Microsoft is giving a boost to the Phone screen feature. Any touch screen enabled Windows 10 PC can be used with your digital pen with a compatible stylus. In this way, you can interact with your mobile apps while in the Phone screen session. For drawing and writing, simply leverage “pen pressure sensitivity” with your phone’s stylus with apps that supports pressure sensitivity. Furthermore, you will be able to hover over buttons and it can differentiate between the pen and finger touch.

All Windows Insiders with Windows 10 October 2018 Update or higher can avail this feature. In addition, users require a Phone screen compatible devices as well.

Calls – Gradually rolling out to all users

There was a massive improvement in the Calls feature that got rolled out in October. This feature is almost ready and will gradually roll out for everyone. To answer the phone calls, you don’t need to split your attention between phone and PC. By using the “Your Phone Calls” feature, experience a richer calling by just tapping into your PC’s speakers, microphone, and a larger screen. Furthermore, you can effortlessly transfer calls between your devices for privacy.

a] Your Phone Calls Capabilities

Your Phone app has evolved a lot in the past months and now provides a wide range of features. It gives you the ability to instantly access your recent pictures, texts, apps. calls, notifications, and more. No need to split attention between devices and put a hindrance on the workflow.