Microsoft pushed the Windows 10 Insider Preview Build 17733 with several significant fixes and changes. You will get the final view of the Dark mode in File Explorer and improvements in Narrator in this update. You can receive the build directly from the Windows update (ms-settings:windowsupdate). 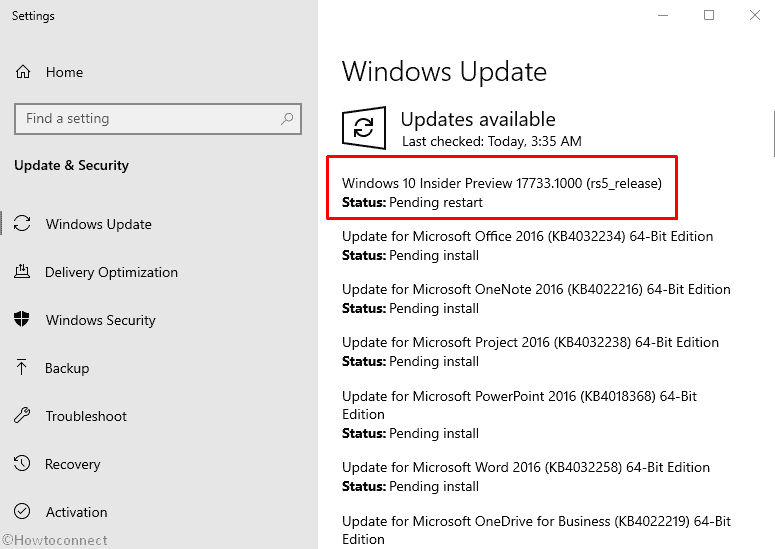 If you recall the memory Build 17666 was the introductory update in which Microsoft began its development of the dark theme of File Explorer. In this build, they have completed the project to present you with the feature.

Microsoft Windows 10 Insider team is thankful for all users for their feedback about the XAML shadows. They have assured to add acrylic in every pop up in in the upcoming builds.

Microsoft solved the touch keyboard that might disappear on the screen.

Windows 10 insider team resolved the flashing components of a notification with a progress bar when it is updated.

They rectified the Sound Settings page unresponsive issue after resetting the device and select to keep files, after logging back into Windows.

In Build 17733, flashing of High Contrast dropdown after you modify the values is solved

Windows 10 insider team fixed the narrator problem that could not access all the emojis in the onscreen Keyboard.

They resolved Narrator failed to say selected after you highlight an image using the keyboard.

Microsoft fixed the Touch Narrator problem that couldn’t remove focus from word even after deselecting it.

They solved the ease of access tool Command Restore Default dialog was not read.

The Windows 10 Insider Preview Build 17733 comes up with a solution to Narrator saying selection removed. This occurs when you use the copy and paste feature of this ease of access tool.

They solved the twice speaking of Narrator automatic dialog for the Command key Assignment.

Windows 10 insider team have now improved the Narrator experience particularly when you move by character and speak phonetic pronunciations.

They solved this Ease of access tool focus that didn’t sync with the keyboard focus after you go to the Tree View controls.

The Microsoft team solved the Ease of access tool couldn’t read the label of the Word document recovery dialog.

After the current build, the Narrator can now go to the Notepad Status Bar contents.

Windows 10 insider team fixed the Ease of Access tool Scan mode navigation that did not advance after tabbing into a link.

They solved the Narrator on the Edge web browser problem that stops and navigate when using Scan mode.

Microsoft fixed the crashing of this Ease of access tool during Developer Mode.

In the current build,  Narrator may create a problem like stuck on a table element in a few HTML emails.

When you will delete a folder that is syncing to the cloud store OneDrive your PC will begin bugcheck (Green Screen Of Death).

In this build, when you will click a link to open one app from another application this may fail.

This issue persists from earlier few builds and this is taskbar flyouts that no longer display an acrylic background.

Make Text bigger setting on the Display section of Ease of access category might encounter text clipping problem. You may find the text is not going large in size everywhere.

You may confront with “.dll not being designed to run on Windows” error message on Windows 10 S. This issue occurs when you open Office in the Store. The solution is to uninstall and reinstall office again.

Single control of the Narrator may create more than one stop when you have enabled Scan mode.

Microsoft is seriously working on a potential rise in Start reliability and performance problem in the present build.

When you configure headset with Mixed Reality for the initial time with motion controllers, you may have to troubleshoot it.

Your speech for turning on Flashlight in the Mixed Reality immersive app may fail to put on the flashlight. The problem occurs despite the status is available as active on the Start menu.