Microsoft rolls out Windows 10 Insider Preview Build 18290 (19H1) which carries a few new features, changes as well as improvements for its Fast ring users. This update provides a Fluent touch to the Start Menu, lets you sync Clock with time server, improvements in Mail & Calendar, etc. Moreover, this build has multiple fixes for issues in language settings, Microsoft Edge, Windows Security and more.

You will automatically receive Build 18290 through Settings => Update & Security => Windows Update => Check for updates. So, let us explore all the details which include the new features, changes, improvements as well as fixes that this build carries for you. 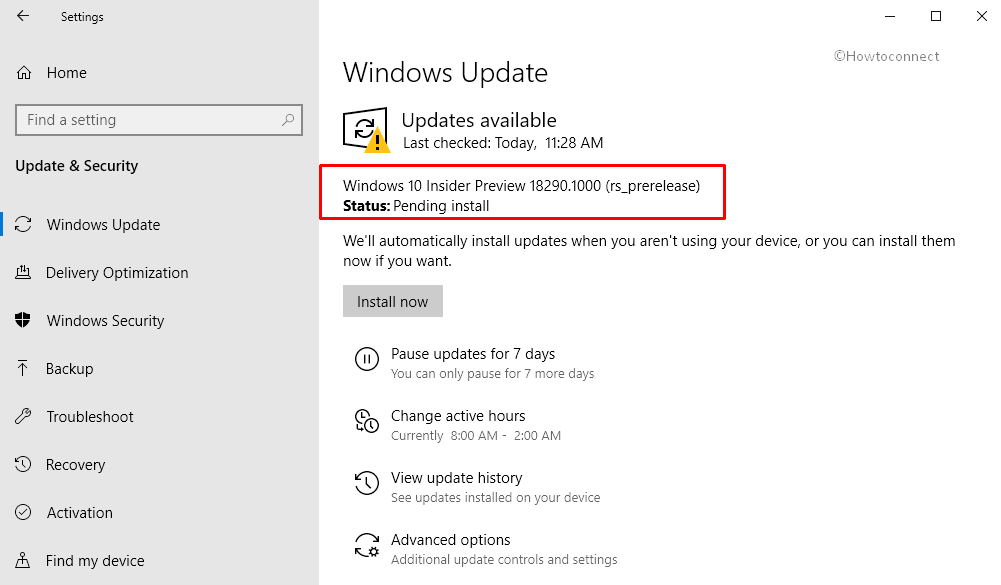 Timebombs will warn you get the lateset update

The Insider Preview builds includes a built-in expiration date which they refer as “Timebomb”. Once the build expires, you will be notified that the build has expired and you will receive that warning once a day. In addition to that, you will also see User Access Control (in short UAC) warnings as well. So, you need to make sure that whatever ring you are into, you are using the latest builds offered to those rings. The timebomb set for build 18290 is 14th December.

However, being an Insider, you can check the flight settings and verify the latest builds by navigating to Settings => Update & Security => Windows Insider Program.

You can check the build expiration date by typing “winver” on Cortana.

Start Menu with a touch of Fluent

By now you will be aware that the Build 18282 carried jump list improvements. But when you will update the system to this latest build, you will notice that the team polished the power and user menus in Start as well. The Start Menu will display icons for easier identification. Moreover, you can see the power icons on the sign in screen also.

The Date & Time Settings provides a new option to manually synchronize your clock with the time server. It will be of a great help on certain scenarios where you may think the clock to be out of sync. Or when the time server is disabled. Furthermore, this new addition will also display the last time when the time was successfully synced along with the address of the time server.

Note – For the time being, this feature only supports the non-domained joined PCs. Although, in this build, it will be visible on the devices. 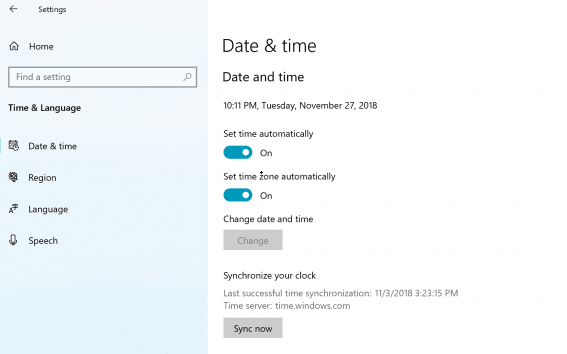 Know which app is using your Microphone

The notification area launched a new mic icon with the release of Build 18252. This icon will let you know when an app accesses your microphone. But with this build, when you will hover the mouse over this Mic icon, it will tell you which app is using your Microphone. When you double-click this icon, you will get access to the Microphone Privacy Settings.

However, if multiple apps are using the microphone, then it will list how many are actively using it.

Microsoft is all set to explore new options to enhance the search the experience. The team introduces a new landing page when you make a search on Cortana. It provides more space for recent activities, a touch of acrylic, includes light theme support,  and also includes all the search filter options. You may notice certain other changes as well in the future builds.

Starting with 19H1, when your device requires a reboot after it receives an update, you will notice a new Windows Update icon with an “orange indicator” in the notification area. It will alert you to restart Windows 10 PC.

With the help of Microsoft To-Do, you can easily keep a track of your tasks from Mail & Calendar. After the update of Mail & Calendar update from Microsoft Store, you will get the ability to switch directly to To-Do in the app navigation. This update will be available to both Insiders as well as Retail users.

In case you install any of the recent builds from the Fast ring and switch to the Slow ring, then optional content like “enable developer mode” will fail. However, you will still have to remain in the Fast ring in order to enable/install/add “optional content”. This is because ‘optional content’ will only install on builds agreed for specific rings.