You will receive Windows 10 Insider Preview Build 18298 automatically when you have opted Fast ring level. Microsoft warns that the update may carry bugs because this is in the early phase of development. If you experience inconvenience with the build switch to the slow ring. 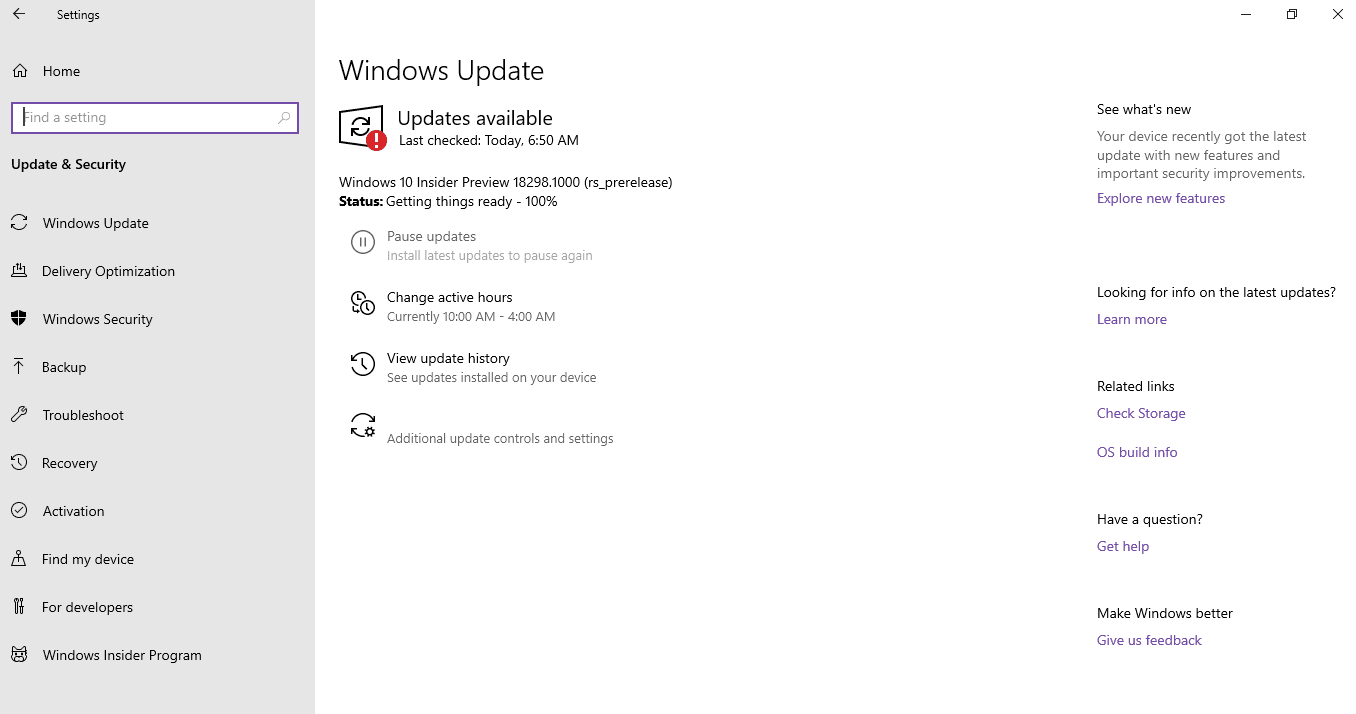 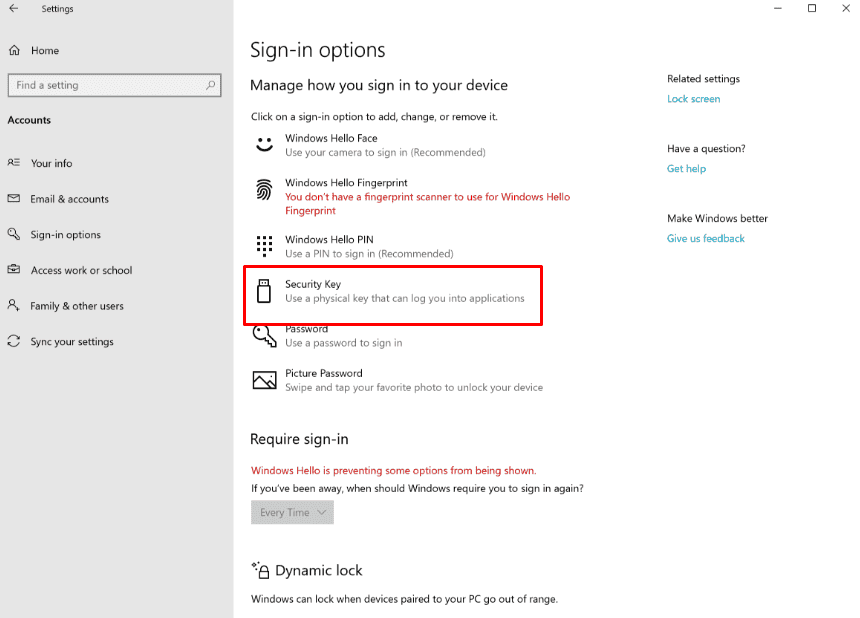 The current build has updated File Explorer Icon to make its appearance better with the new light theme. 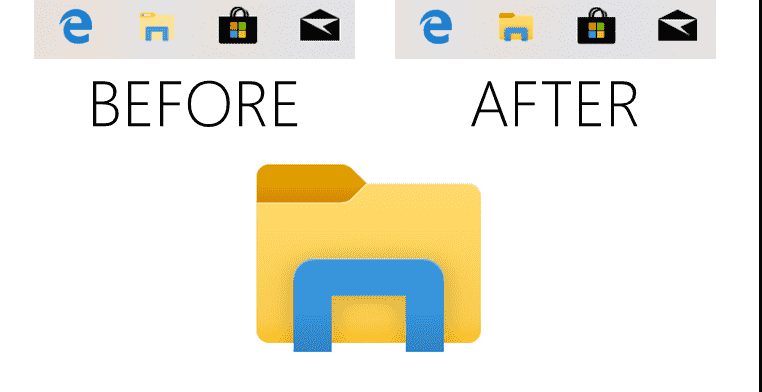 You will find the default downloads folder sorting changed in this update. This for your convenience because previously you couldn’t change the name before downloading a file. The names are complex sometimes and not memorable (cake_134_big_green.jpg anyone?). The complexity makes sorting by nameless optimal since it’s hard to find the file you’re looking for. So Windows 10 Insider Preview Build 18298 (19H1) has changed the default sorting to display the latest downloaded file at the uppermost part of the list instead.

Important – If you’ve already changed the current sorting from the default in any way the build will leave as it is. File Explorer View tab will allow you to switch sortings.

Quick unpin for groups and folders

Windows 10 Build 18298 adds an option in the context menu of apps on the Start menu to unpin groups and folders. The entry is now available to all Insiders in the Fast ring. 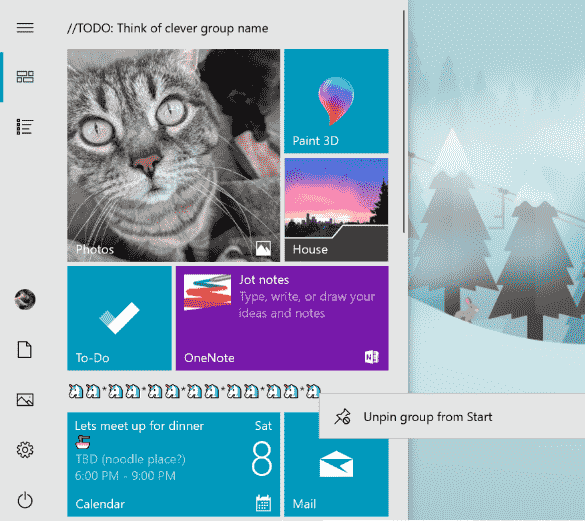 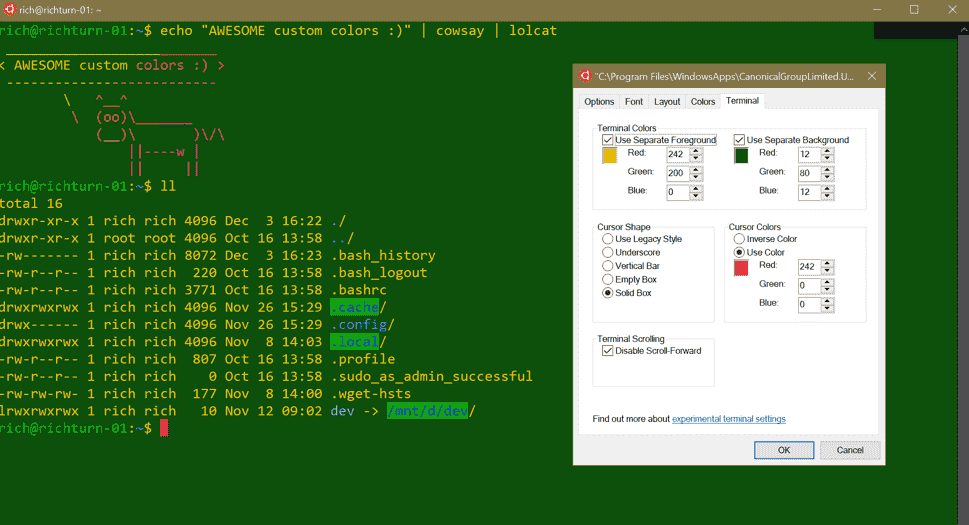 After installing this update, the properties page of a Console window will show Terminal tab that contains multiple new settings. These are experimental features and Microsoft is working on them for future OS releases. Read the Console team’s detailed blog post for more details.

The build has made notable improvements to the way Notepad controls encoding. Windows 10 Build 18298 will include the option to save files in UTF-8. This will be the default for a new file and not add Byte Order Mark. Unicode Transformation Format -8 without a Byte Order Mark is backward-compatible with ASCII. This will offer better interoperability with the web when working as the default encoding. Moreover, The build provided an extra column in the status bar that shows the encoding of the document.

Windows 10 build 18298 lets the Notepad to display an asterisk (*) in the title bar previous to the title of a document and this specifies that a document has unsaved modifications. 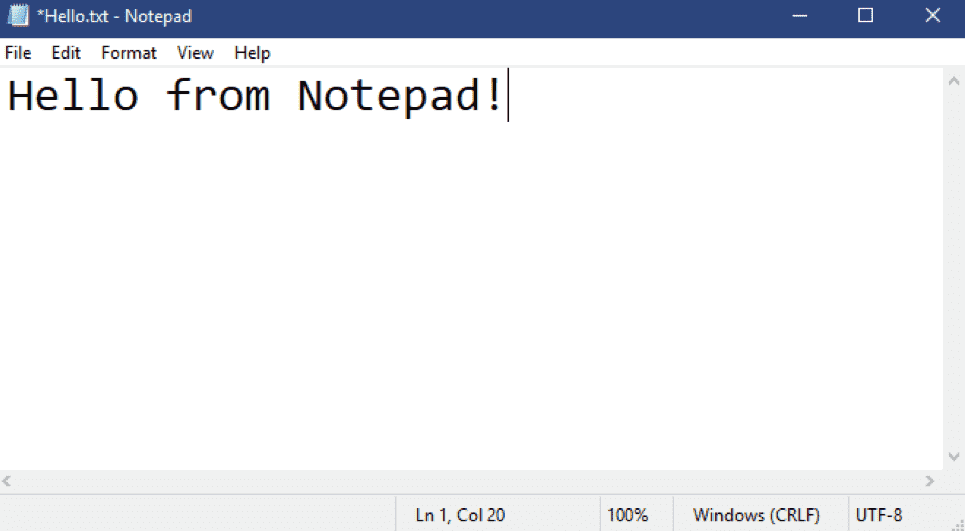 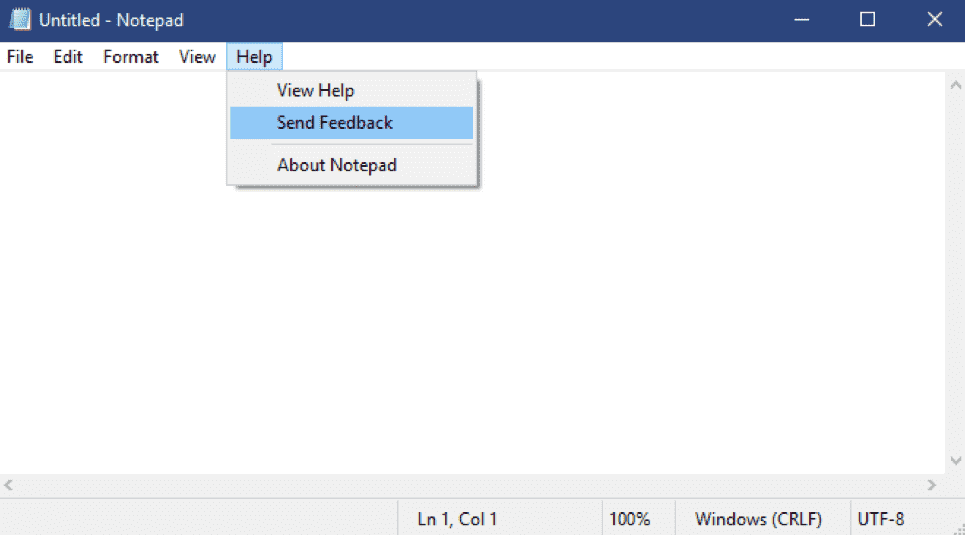 Windows 10 Insider Preview Build 18298 comes up with Narrator Home when opens this Ease of access tool which provides you a platform where you can access all that you need. From here you can change the settings or know Narrator fundamentals with QuickStart.

You have the ability to use the Alt+Tab list in Narrator Home, and instead, minimize it to the system tray. Furthermore, you can press Windows+Ctrl+N to reach the Settings via Narrator Home. 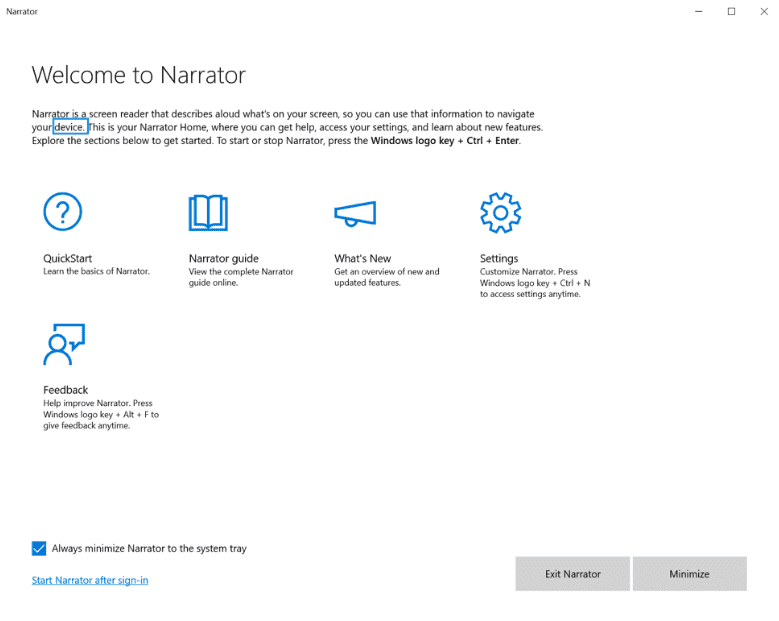 If you are not interested to hear the details, you can turn off – Hear advanced information about controls when navigating. The build also provides the tooltip of the focused item through the shortcut Narrator + 0.

Read URLs with a new command

The narrator will notify when you’ve gone to links, but it doesn’t read the complete URL aloud by default. If you are interested to hear the full URL, press Narrator + 0.

Important – When the Narrator setting for – Hear advanced detail, like help text, on buttons and other controls – is selected, you will uninterruptedly hear URLs read out automatically.

In Microsoft Edge web browser, the Narrator does not declare – non-selected – when you jump between cells in a table if the aria-selected property has not been set. The tool also won’t announce when you come out and re-enter a table when you’re reading a single table continuously. Moreover, Narrator will also not announce parent table information when you go to a nested table.

In Excel, This Ease of access tool prioritizes reading the data in a column header before announcing if a filter is on. The Narrator will properly read headers of a column in a grid formatted as a table after applying the – Read current column header – command.

After this build Capitalization reading is available in entire reading modes. You can turn it on and off instantly by with Narrator key+4 shortcut when you want extra details while reading or writing. Windows 10 Insider Preview Build 18298 also allows to use Windows logo key+Ctrl+N to reach your settings. Then you need to select either Increase pitch or Say cap below Change how capitalized text is read.

On Windows 10 Build 18298, it is simpler to stay focused when reading content on the web. Navigation commands and Reading remains within webpage content field when you’re using most of the browsers like Edge. The same is also useful when reading email in Outlook or Mail app. You are able to move out of content fields with Tab or shortcut keys.

When you’re reading the text, your cursor becomes static where you placed it. Onward, you can select to have it pursue the Narrator after enabling Move my cursor as Narrator reads text.

Windows 10 Build 18298 allows using text-reading commands (previous and next for character, sentences, page, word, line, paragraph) to read a whole window from bottom to top. Views options will be always consistent whether or not you are reading the text. For instance, you have the ability to apply views to search for a link in any place within an active window. You will also enjoy a smoother reading, with more natural-sounding pauses and phrasing.

Narrator, from this build, identifies combo edit controls and read them as combo edit instead of only edit.

Narrator accompanies you while you reset your PIN or password

If you failed to remember the password or PIN for your Microsoft account, Narrator will remain along with you all the time until you reset it.

Windows 10 Insider Preview Build 18298 brought in new cursor colors and sizes to for better visibility of Windows.   Navigate to Ease of Access Settings (alternatively press Windows+U), under the Vision category, select Cursor & pointer to see the list of options. The developers are still working on a couple problems like some cursor sizes not working correctly on DPI’s greater than 100%. 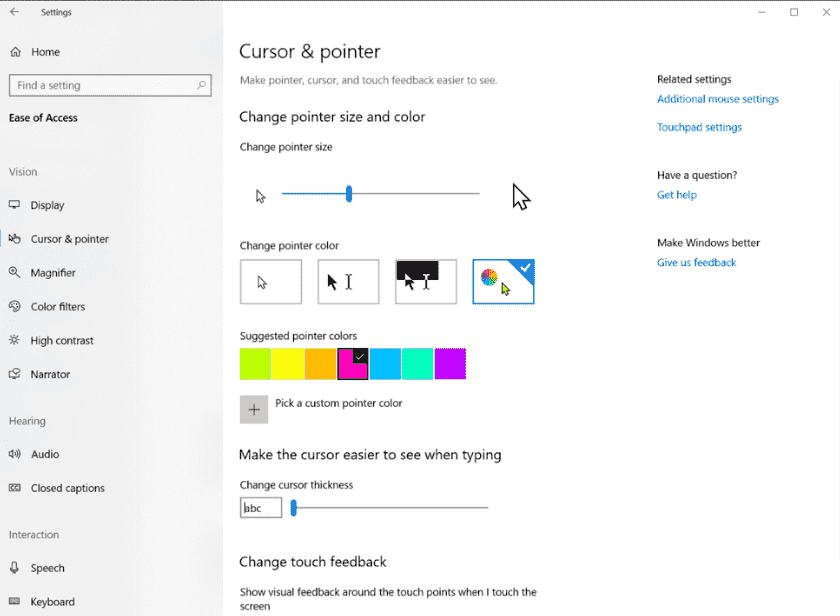 The build is redesigning to the Windows 10 Setup! You will notice this when running setup.exe using an ISO. 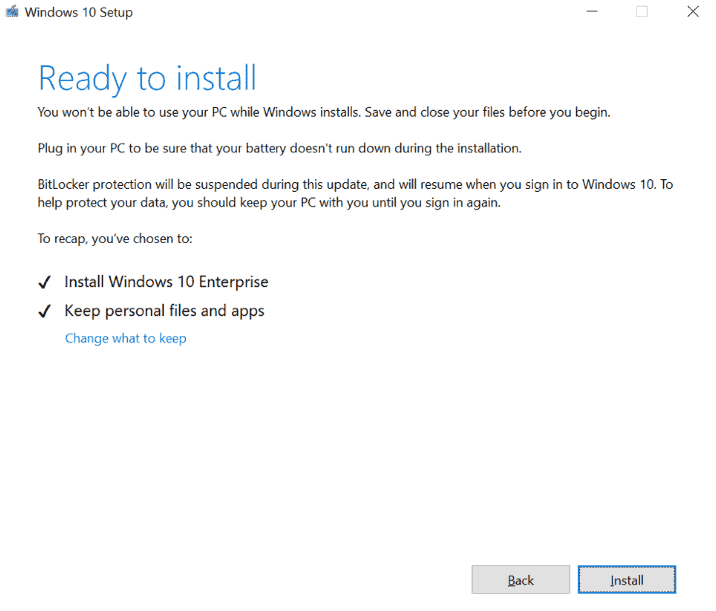 Important – Windows 10 Setup no longer includes the Microsoft logo, Legal link or Support link the bottom left corner. The Retail version will contain these and the links are included for reference.

Windows 10 18298 build shows the Power button in the Start menu with orange indicator when you require to restart your device after receiving the update.

Other Updates for Insiders

Microsoft has pushed Snip & Sketch version 10.1811.3371.0 to Windows Insiders in the Fast ring. This update has multiple bug fixes and reliability improvements –

Windows 10 Insider Preview Build 18298  has made Gallery better in the Game bar! You have the ability to see screenshots and videos captured through Game bar staying at gameplay. and even share your favorite straight to Twitter: 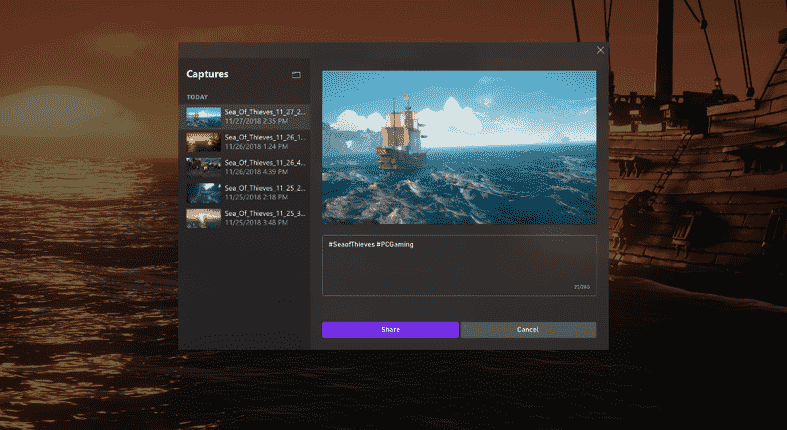 This is currently rolling out via a Microsoft Store update to both Insiders and retail users.

Optional content like enabling developer mode will fail when you install the recent builds from the “Fast ring” and switch to the “Slow ring”. You will have to stay into the Fast ring in order to add, install, or enable optional content. This happens because you will be only able to install optional content on builds approved for specific rings.