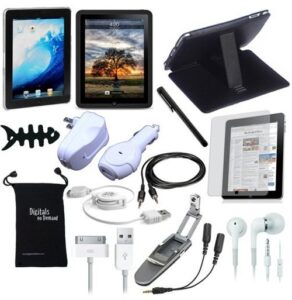 iPad Accessories – Every iPad possessor is very proud of possessing it. But, the iPad family is little incomplete without the accessories. The iPad is undoubtedly the ultimate tech machine, but these accessories make it even powerful.