Windows 10 1903 has caused a fresh issue and this is with Nvidia discrete graphics processing unit. The dGPU may occasionally go missing from device manager on Surface Book 2. 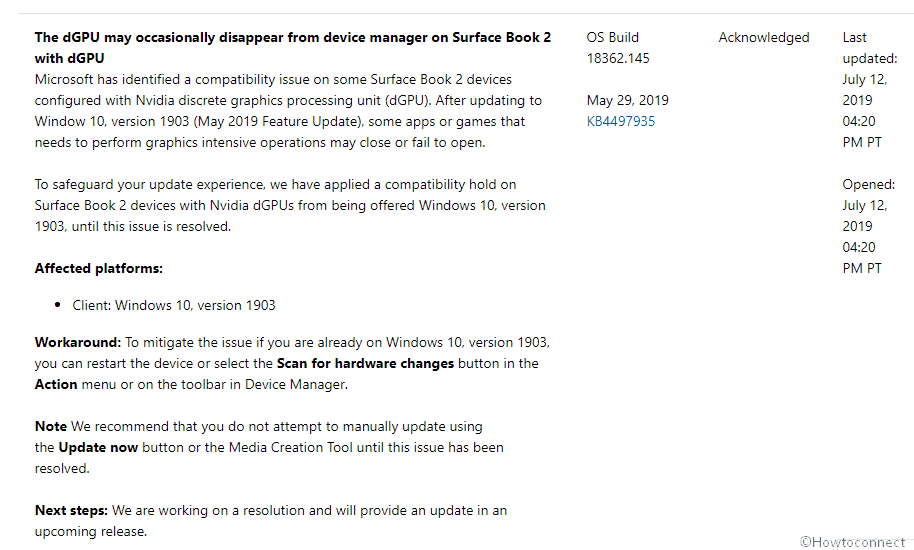 Microsoft has updated Known issues and notifications page for this version and put the issue in Acknowledged status. They have applied a compatibility hold on Surface Book 2 devices with Nvidia dGPUs. The action will safeguard the update experience as the users cannot get Windows 10 1903. Once the issue gets resolved until this issue is resolved everything will be normal.

The issue has a mitigation option if you have already received the update. As a workaround for dGPU may Disappear from Device Manager on Surface Book 2 Windows 10 1903, You can reboot the device or choose Scan for hardware changes option under the Action menu in Device Manager.

Important – Microsoft recommends that you must not attempt to manually update using the Update now button. You should not also get the version using Media Creation Tool. The are trying to fix this and will provide an update in an upcoming release