Cumulative update KB4343893 has arrived at Windows 10 1709 Build 16299.637. Microsoft has released the patches on Friday instead of Tuesday but not revealed the cause. The update includes fixes and improvements related to win32kfull.sys stop working, Ctrl+Alt+Delete, PackageInspector.exe, high CPU usage problems and others.

You can Download KB4343893 for Windows 10 1709 Build 16299.637 as a standalone file from here. However, the easiest way to get the patch is through checking updates in your Settings application. 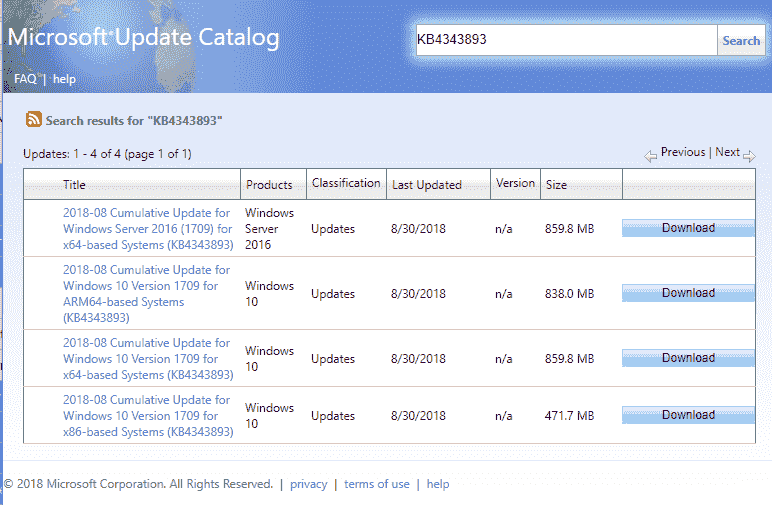 To download KB4343893  and install navigate to Settings => Update & Security => and select Check for updates.