Windows 10 Version 1803 has received another patch KB4346783 for Build 17134.254. The update includes fixes for Microsoft Foundation Class (MFC), reliability in the applications, Universal CRT, issues related to applications and lots more. Commonly Microsoft releases the cumulative update on Tuesday but because of Microcode security issues, they delayed.  The update includes multiple significant improvements such as mouse and touch, clearing decrypted data from memory, network printers and so on.

You can download KB4346783 directly through Windows Update or can also grab its standalone package. In case, you installed the previous updates, then only the new fixes that this patch carries will be downloaded moreover installed on your device. 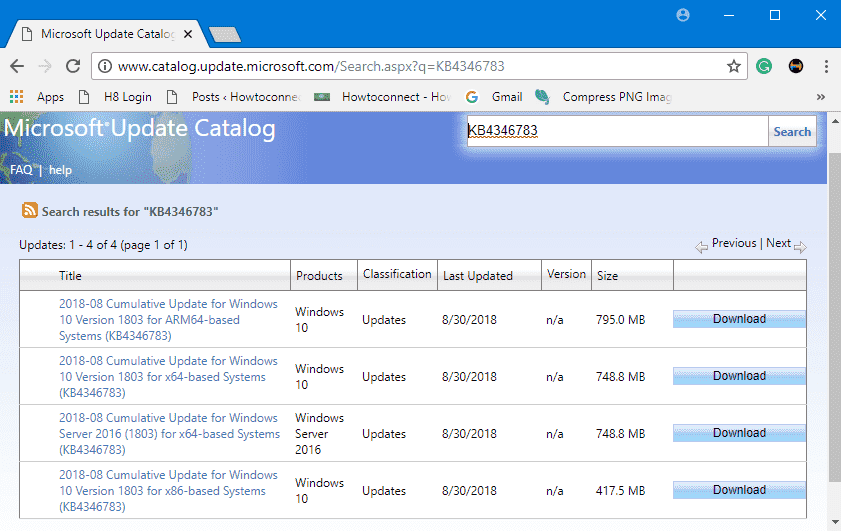 KB4346783 rolls out with a wide range of improvements and does not carry out any new features for the operating system.

1. Give an attempt to globally enable the “Splwow64Compat App Compat Shim” by using the Microsoft Application Compatibility Toolkit.

2. Access Registry Editor and modify the below registry setting. Then, restart 32-bit application.

In this patch, the team makes an attempt to resolve the issue that causes Wi-Fi EAP-TTLS (CHAP) authentication to fail if a user saves credential information before authentication.

You can manually grab this update. To do so, open Windows Settings using the key combination “Win + I”.

Choose Update & security from the main interface of Settings.

On the right pane of the following page, click Check for updates.

Alternatively, get the standalone package by navigating to the Microsoft Update Catalog by following the links –