You are able to download KB4462918 for Windows 10, 1709 16299.726 cumulative update in an MSU file format from Microsoft update catalog website. Furthermore, you will get the patch itself via automatic Windows update on or after 9 October 2018. 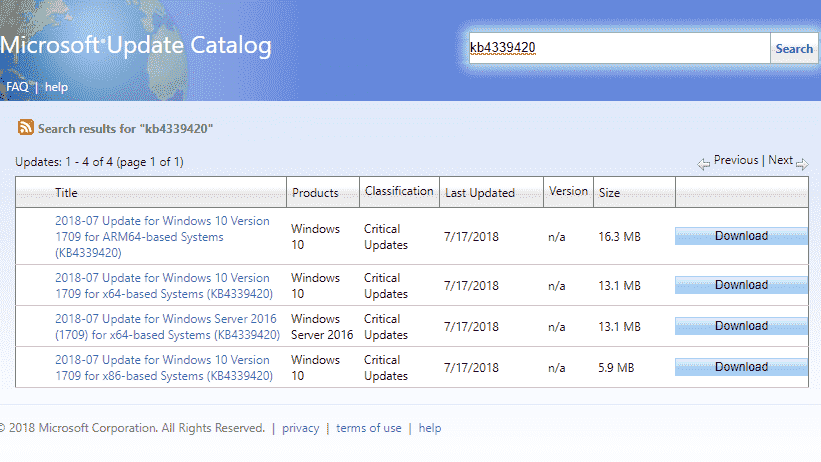 Patch KB4462918 is also a security update to fight against CVE-2018-8482 | Windows Media Player Information Disclosure Vulnerability. The security bulletin reports that an information disclosure vulnerability exists when Windows Media Player (WMP) wrongfully discloses file information. The exploitation of the vulnerability could give space an attacker to determine the presence of files on disk. To exploit, a user would have to open a specially crafted hyperlink.

In case, you have already installed previous updates, only the new fixes will be effective.

You must install the latest servicing stack update (SSU) before receiving the latest LCU.

The latest Servicing Stack update (KB4339420) will be pushed to you automatically.

However, KB4462918 will be automatically installed on your system but you can also get this one manually –

Open Windows Settings program with the help of Win + I shortcut key.

Choose Update & Security from the application.

Click on Check for updates from the left pane on the subsequent page.

Microsoft offers a website that hosts the collection of every single update. Go to this page, match the CPU bit with the file and click on the Download button.